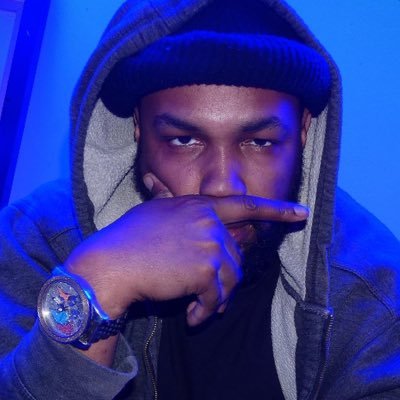 Nomad Mr. Murk City is an American rapper from Sumter, South Carolina. The city of Sumter, SC where he grew up over the years became more violent, earning the name “Merk City/Murk City” being that South Carolina is the 5th most violent state in the U.S. with Sumter being one of the most violent cities in that state. Growing up in this environment forced Nomad to adapt to his environment accordingly. In the Summer of 2016, Nomad released his second solo project, Murk City Ent LLC Presents…”TruLife The Mixtape: Hosted By Dj Chuck T (Down South Slangin)”, which featured hit songs “CHICK” and “KEEP PUSHIN”. Entering into 2020 year Nomad came into the year with guns blazing release two visuals. January 1st he released the video for Keep Pushin and followed up in March with the official video for Make It Home feat. Moviee215 and on August 28th Nomad released his first album titled Trap Bible (Take Risks And Prosper, Basic Instructions Before Leaving Earth). The album has features from fellow South Carolina artists Moviee215, Lucho, and Reezie Roc. The production team behind the music are Litboy Legendary, Hood Hozay, Supamariobeatz, International Wigg, and TNTXD. The album has been mixed and mastered by Grammy Nominated engineer David Knocks. Trap Bible is sure to be another certified street masterpiece! A great song is a great song, and ‘Trap Bible’ is you guessed it, a great song. I just found out about the music of Nomad Mr. Murk City this past week, but I cannot wait to hear more of his material in the future after getting thoroughly hooked on the strutting swagger of “Trap Bible.” Both as a music video and a single, this is some of the smartest trap music content you’re going to hear and see before the summer season comes rolling around, and judging from the ambitiousness of his craftwork, I’d expect a lot more magic from this artist as the year goes by.

We decided to catch up with Nomad Mr. Murk City  for an exclusive interview on Camden Monthly..

What inspired you to get into music?
At first, it was something to do to kill time with the homies coming up at a young age. We used to have freestyle battles and occasionally I would hop in the cypher. I never really took it seriously, but people use to always tell me I was nice with the flow. For me, it was just a way to get things off my chest, kinda like therapy. I was dealing with a lot of anger issues and was still in the streets heavy, so it was just a way to vent.

How would you describe your music?
I make music for people coming up from out of the struggle. I speak on the struggle a lot because I wasn’t born with a silver spoon or trust funds. We didn’t have much, but we had each other.

What would you say is your recording and songwriting style?
I don’t really write music anymore, I just go off the vibes so whatever you hear is coming from a deeper place.

Where would you like to see your music career in 5 years time?
I see myself touring globally and making the best quality music.

Where can music fans listen to your music?
I’m on every major platform and mixtape site.