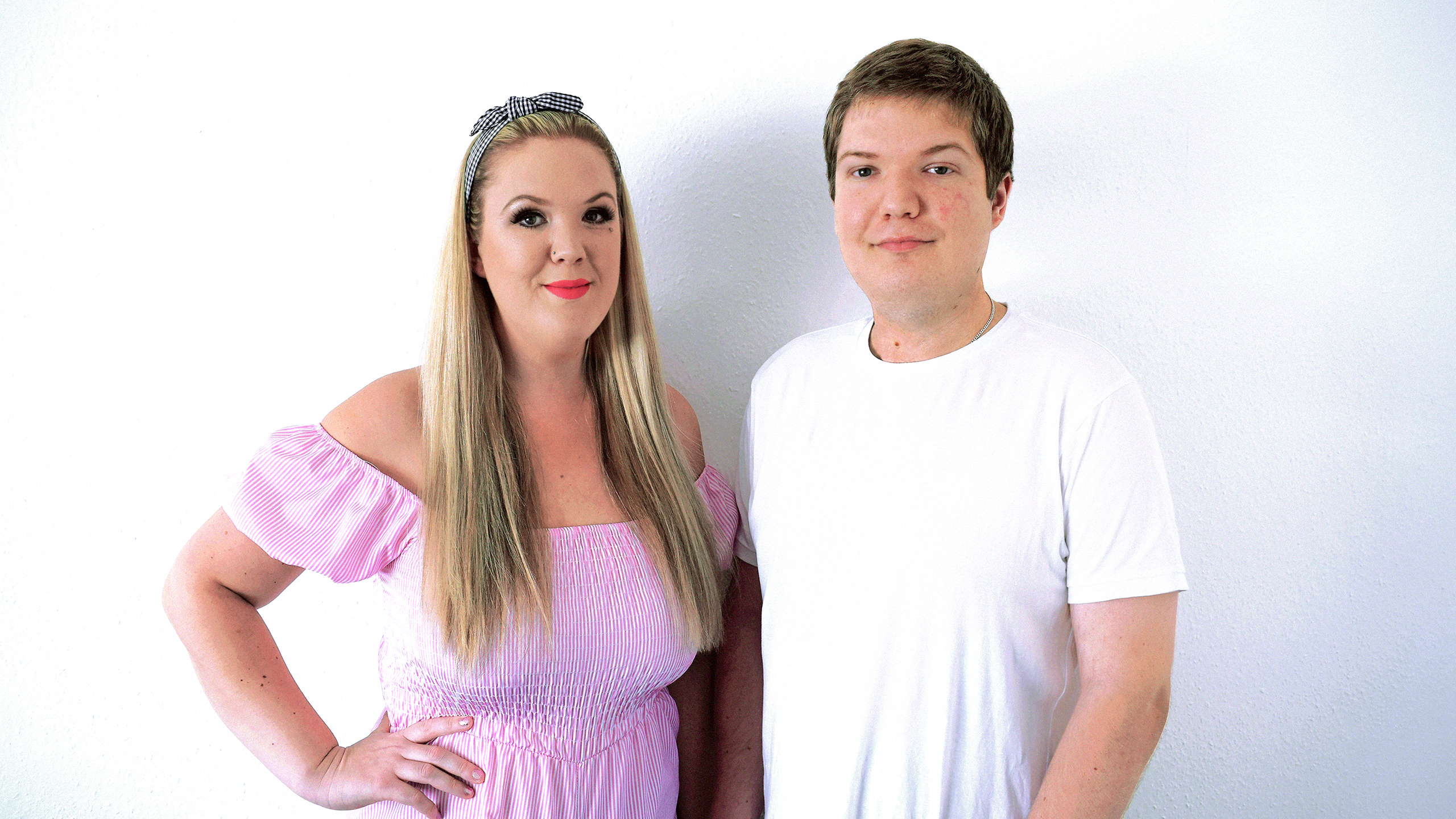 Perfect Soul are the Bristol, England-based songwriting duo of siblings Sam and Chelsea Watts. Chelsea’s powerful, rich vocals, together with the production and arrangements of her brother Sam, results in their enchanting, modern sound. Combining their songwriting talents, the duo have frequently worked together in the past on a number of projects, before forming Perfect Soul in June 2018. They started as a covers band, performing at various venues throughout South-West England. The duo wanted to grow more listeners and develop their own sound so began writing and recording some original material. This year sees the release of their debut, four track EP “Lost The Love”.

In four opulent tracks, including the playful “Adore Me,” the powerful songs “Dance” and “Lost the Love” as well as the swinging “We Tired,” the duo of singer/songwriters  Sam and Chelsea Watts duel for our affections with their exquisitely captivating crooning, but Perfect Soul Steel isn’t about their amazing vocal capabilities alone.

There’s just as much instrumental prowess present in these songs as there is a lyrical luster, and it could (and should) be described as the band’s most well-rounded set so far.

In calculated numbers like “Adore Me” “Dance” and the fiddle-driven “Lost the Love,” there’s a lot of action going on in the instrumentation, but our focus is always trained on the melodies being dispensed from behind the microphone.

Sam and Chelsea show off a chemistry that many of their contemporaries could only dream of capturing in the studio, but their confident attitude here never drifts into the realm of arrogance.

“Dance” is a really energetic track, and demonstrates vocal versatility as well as their agile command of rhythm with a pretty diverse collection of content stylistically tailored to work.

Despite the varying compositional approaches taken in creating the EP ‘Lost the Love’, the record never feels hopelessly scattered or creatively fragmented when played in a single sitting; in fact, quite the contrary. In this EP, they’re getting more personal with their lyrics, incorporating the essence of old fashioned music into their harmonies and continuing to distinguish their sound from that of their mainstream counterparts.

We decided to catch up with the duo for an interview..

What inspired you to get into music?
Music has always been a big part of both Sam and Chelsea lives. With Chelsea being a singer and Sam playing the keyboard they grew up in a very musical household, and both developed a love for performing at a young age.

How would you describe your music?
Perfect Soul’s music is pop-driven, but also has strong elements of both RnB, coupled with soulful vocals.

What would you say is your recording and song writing style?
The duo try to create a a modern, but also timeless sound in their music. Rich and sultry vocals, coupled with a nice blend of R&B textures.

Where would you like to see your music career in 5 years time?
In 5 years time Perfect Soul would love to be performing all over the world, and hope to have a strong fanbase.

Where can music fans listen your music?
Fans can stream and download the new EP through all digital retailers here: https://perfectsoul.fanlink.to/LostTheLoveEP