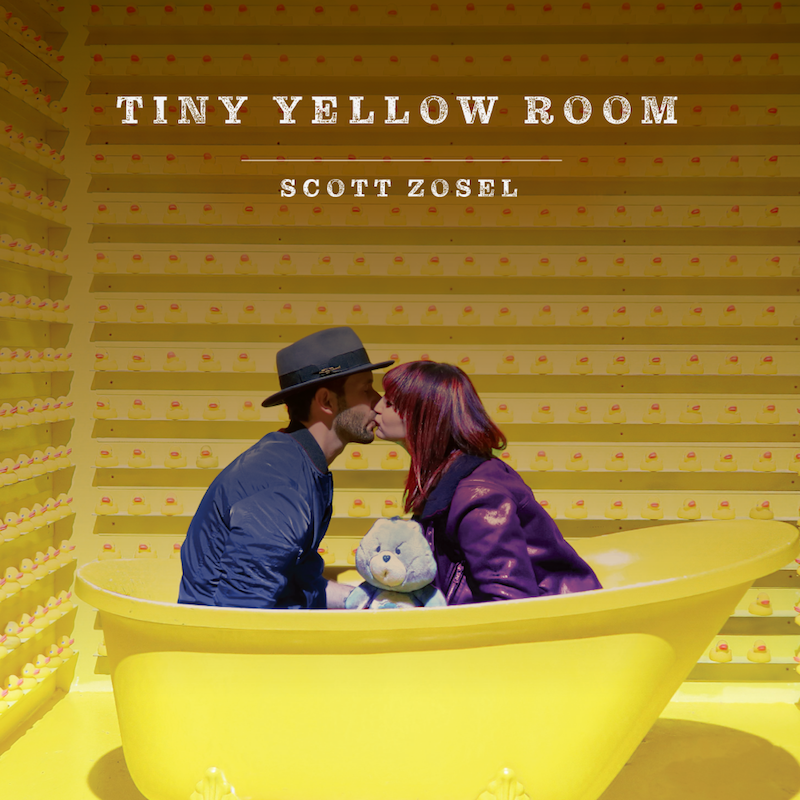 Introducing Scott Zosel, a Minneapolis singer, and songwriter who is refusing to let himself be put in a box. His work combines elements of rock, pop, country, and Americana for a unique fusion of genre styles. Zosel’s music is influenced by a variety of artists, including Grams Parsons, Joe Henry, Patty Smith, and Jeff Tweedy. His latest release is the ten-track album Tiny Yellow Room. The mellow-toned “Flow” is the album’s opening song.

Scott Zosel’s debut album, Tiny Yellow Room, is an impressive collection of songs that he accomplished in only a year and a half’s span. Zosel’s debut is more along the lines of post-punk pop than pop, but it still comes off as a solid debut. The album is not perfect, but it certainly packs a powerful punch that won’t disappoint. At three songs and forty-five seconds, the track isn’t exactly the ideal length for Scott Zosel to showcase true emotion through, but it’s the perfect length for him to share true emotion throughout. It doesn’t matter whether you like the music on Tiny Yellow Room or not-it’s a great debut.

With that said, it does get a little too late for a debut and we’re already bound for another big Scott Zosel build up. I’m sure that we’re all eagerly anticipating the next album from Scott somewhere down the line-he’s given us a taste of it on this album, so is it really too soon? I’d have to say no, but I’m not going to hold my breath until it’s out on CD or something.

In the meantime, we can look forward to more from Scott Zosel. His work behind the boards has allowed him to be in some very interesting environments, so we can probably expect a lot more interesting things from him in the future. There’s no doubt that he’s got a bright future ahead of him, and it’s just getting started. Tiny Yellow Room is worth checking out if you’re into guitar/hip-hop hybrids, or even if you just like good music.