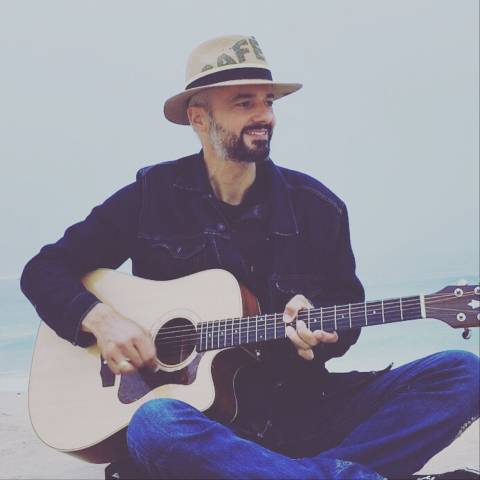 Tommy Ocean is a German European singer/songwriter based in Breisach am Rhein. Influenced by traditional American folk music, Tommy records his music live, bringing his fans the kind of human experience that’s somewhat on the decline these days: Ocean means pure original talent in today’s plastic sea, demonstrating the power that still remains in the combination of voice and guitar.
His journey into music began very early in childhood and continued into his later teens: After classical guitar lessons, he found himself more interested in learning western and electric guitar on his own, played in two rock bands named “Out Of Order” and “TaZoa”. Then came a time in his life when he decided to dedicate himself more to another social and sometimes even artistic field: The medical sciences.

Years later in 2016, he came back into songwriting and realized around a campfire on a surf trip in Northern Denmark that it doesn’t take much more than voice & guitar to mesmerize an audience…
He was then signed by FBP Publishing, (Frankfurt am Main, Germany) and produced his debut EP “Offshore” (released in January 2018) which he later withdrew when Tommy decided to leave the label.

His debut single as an indie artist “Another Day, Another Time” came out in November 2018 and gathered some very encouraging feedback and in November 2018, he was invited to Brooklyn, NY by Leesta Vall Sound Recordings to live record his songs directly to vinyl.
His debut indie EP “Tommy Ocean” followed in January 2019 and in July 2019, Tommy released “Nobot”, his first album. He then introduced his music to receptive crowds in places of all sizes like e.g. Amelunxen, Barcelona, Cologne, Coiromonte, London, New York & Paris on occasions as diverse as open mics up to festival gigs and whole shows!

In April 2020, his second album “Hungry Soul” was released and a 30 gig tour across Germany was planned. But due to Covid-19, the tour never happened and Tommy appeared on many live stream platforms like „Dringeblieben.de“, “Audence.com” and “Sessionslive.com”-
As hopeful as these remote experiences was to him in the midst of a global pandemic, Tommy is looking forward to some “real world touch” and currently works on a new album…

We decided to catch up with Tommy for an exclusive interview on Camden Monthly..

What inspired you to get into music?
The joy and emotional relief it brings

How would you describe your music?
Organic emotional rollercoaster

What would you say is your recording and songwriting style?
Recording: Lead vocals & lead guitar are recorded live & simultaneously (one take throughout the whole song). Background voice(s), bass, 2nd guitar are recorded later if they might add something meaningful to the song. Songwriting style: There are songs that “pour out” of emotion while I’m playing my guitar. There are others I write with some message or story in mind, sometimes lyrics first, music later. And there are songs I build around melodies and lyrics that appear in some of my dreams (as crazy as it sounds): I then record these dream fragments lousily in the middle of the night and work them out later.

Where would you like to see your music career in 5 years time?
I would love to be able to do music full time and develop what I have begun. Every new song, maybe even every performance is a step further to where the absolute lies, the holy grail, the essence of human existence, may be of any existence. There’s nothing more exciting, nothing greater for me to do. There’s always the hope to find it and make us all realize: Because at the end of the day, we humans are the poison and the cure of anything on this planet.

Where can music fans listen to your music?
Almost anywhere: Spotify, Bandcamp, iTunes, wherever, whenever.

Click here to listen to music from Tommy Ocean