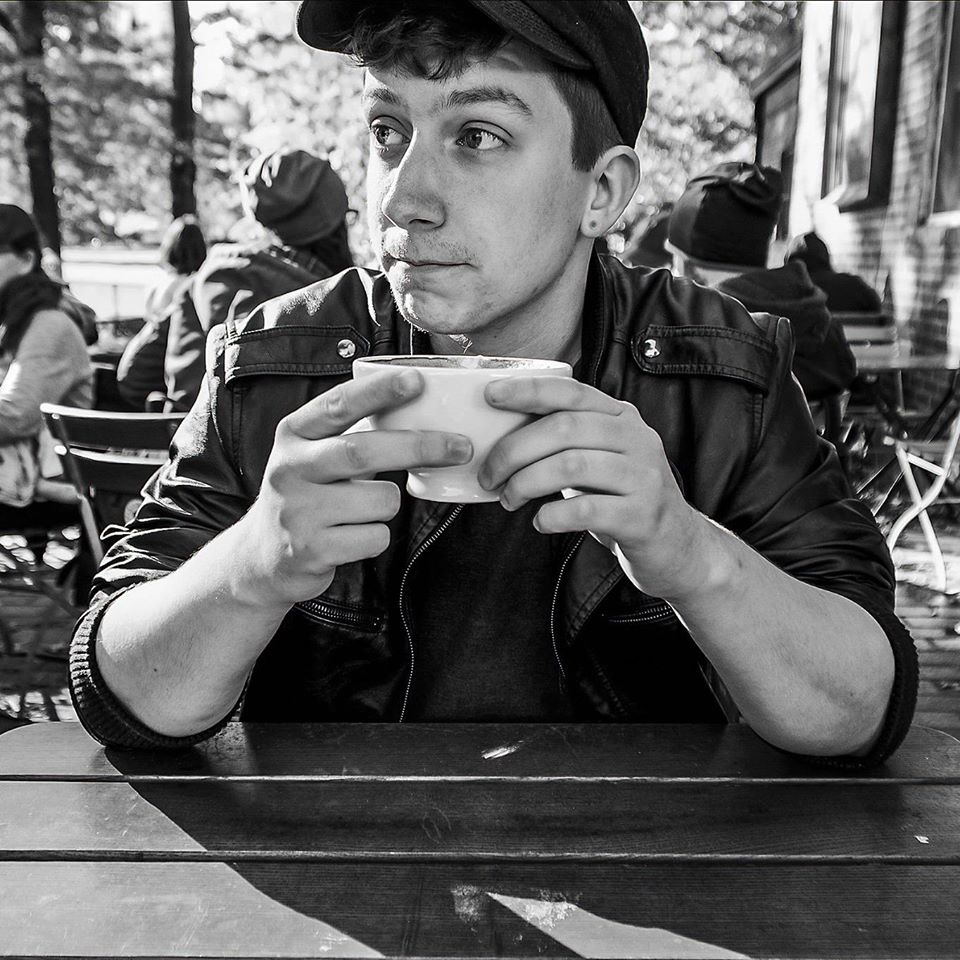 New York has been the epicentre of music and culture for several decades now and presently it still reigns supreme it bringing a variety of core talent to the space. Introducing, Jarrett Hoyt  who is  a musician  from Buffalo, New York after becoming a  viral sensation several years ago.  He has spent the last few years honing his craft and is  currently working to rebuild a new fan base and reach new ears, with a new sound that we must say sounds absolutely fantastic. Camden Monthly  decided to catch up with Jarett for an exclusive interview to find out the man behind the music..

What inspired you to get into music?
I was inspired to get into music at a young age, when I realized that I had used music to get through a lot of emotionally tough moments in my life. I wasn’t the greatest kid, I had a lot of attitude and anger problems, and listening to music helped me find some peace from my chaotic thoughts. I listened to a lot of Missio, Grieves, and Mac Miller throughout high school, and decided to post a video of me playing the piano and rapping to my mother about how bad I felt for the way I treated her. I woke up to about a million views, and hundreds if not thousands of loving messages from random people saying that they had called their parents just to say hello after watching my video. I was addicted to that feeling immediately, and have been trying to help hurt people find a voice ever since.

How would you describe your music?
I would describe my music as half-haunting, and half-inspiring. It’s usually about a 50/50 split between ambient cries for help and pop-sounding songs. I am trying to get away from the image that I accidentally created from uploading facebook videos, and metaphorically design my own little space in the art world that anyone can visit, and spend the night. I want my music to remind you that pain exists, but also tell you that you’re stronger than it. Misery loves company, and I tend to speak on topics that cut deep. It seems sad, until you see the messages from people saying that it helped them… and then it all makes sense.

What would you say is your recording and song writing style?
I would say my recording and song writing style is that of a metaphorical story-teller. I like to paint a picture in the audience’s mind, and build a story that they can relate to. A good example is my song “Heartbreak Soldier” which is the story of two lovers meeting on the battlefield, knowing they are the last thing they’ll ever see. I build the entire song up to the very moment the song ends, when I pictured them charging into each other on the battlefield. The entire song exists to tell the story of the silence that follows the track. This kind of writing is what draws me in again and again to write another song. I want you to see, touch, feel, and understand the music, not just hear it.

Where would you like to see your music career in 5 years time?
I would love to rebuild my fan base, to the point where I know people by name and face again. I spent about two years with a dedicated group of about 3,000 followers who begged me to make more and more music, and unfortunately I couldn’t keep up. I was worried about my future, and going through a rough time, and I let that fan base die off by not posting music, not making art, and not being present like I used to be. I want that back, I want the connection I had with people, and I want to be able to help someone at 3am who just wants to talk to someone. Music is my therapy, and it’s time to give back to those who got me this far.

Where can the fans find your music?
You can find new snippets of music on my Instagram and for full length songs, I am on every streaming platform under my name “Jarrett Hoyt.”

Tracks like ‘Tom Cruise’ and ‘Where did you Go’ including ‘Love me’ go to show the direction Jarrett Hoyt is embarking on. We would like to put him in a category but i am afraid that will be missing the mark on the magic his sound presents. The music represent a genre that can’t be limited to one box. It is simply the Jarrett sound and we certainly love it and i am sure you will too.