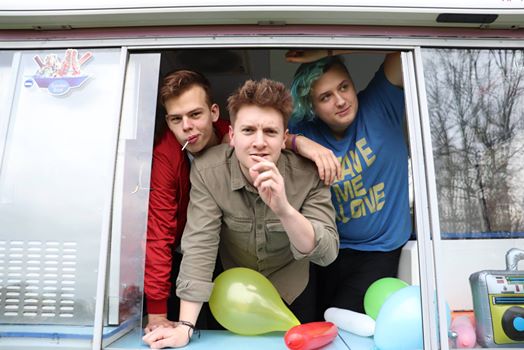 Sour Punch are the daring, cheeky chaps of the Manchester indie-rock scene. The three-piece are never afraid to experiment and go against the tide.

As someone who adores music as much as I do, one of the best feelings in the world is seeing a band with so much potential actually release music that packs a punch!! Sour Punch are destined for success and if their recent single ‘Don’t Know Your Name’ is anything to go by they have started out strong from the gate with great vocals backed by amazing production and play from the band. We decided to catch up with the three piece band Sour Bunch for an exclusive interview with Camden Monthly

What inspired you to get into music?
My band is called Sour Punch, a three piece, all inspired by different music that is fused into our one sound. For example Leyton the guitarist loves U2, royal blood. I (front man) love keane, squeeze, arctic moneys and the dummer is inspired by metal and rap.

How would you describe your music?
Our music is genuinely described as intricate melody’s and against the tide. I would describe it myself as fresh perhaps

Where would you like to see your music career in 5 years time?
We want to be playing festivals and big shows.People can listen to us on any media platform and streaming site.