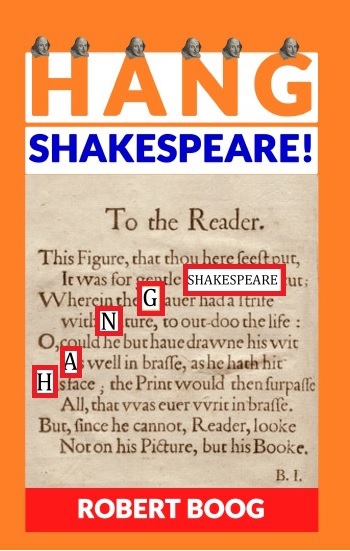 Robert Boog lives in Los Angeles, California and works as a real estate broker. He is the author of Hang Shakespeare! A true story mystery solved, Married to his wife Roxana, Robert enjoys taking writing, swimming and petting his dogs.

What inspired you to get into music?
I work with my wife in real estate, and you must spend time contacting people and asking if they would like to buy or sell. I had kinda stopped doing this.
My wife got frustrated, and one day, she said this rather sarcastically, “What do I have to do, put a gun to your head to make you call people for a half an hour each day?” I watched her turn, and stomp away.
Then, it struck me. I had an “aha” moment. I realized something big. I jumped into my car and drove to Walmart and I purchased a timer. Because I thought, “Wow. What if that really happened? What if someone broke into my office and actually DID put a gun to my head? If so, I would need to know the exact time, wouldn’t I? I mean, I wouldn’t want to call people for 29 minutes and 31 seconds. So, that’s what I did. I made a game where I pretended like someone had put a gun to my head and I NEEDED to make sales calls for 30 minutes.
Then one day, I got this idea: “What if I HAD to write something creative for 18 minutes?” Could I do that? And, so each day I would set my timer, and I would scribble something for 18 minutes. I wrote these “scribbles” on a lined yellow pad. It was my way to have fun. Now, if I could not think of something creative, I would often repeat what I had already written to help get “unstuck”.
One day, I realized, “Oh crap. I had left my yellow pad at Starbucks!” I hurried back and when I asked the barista if she had seen my yellow pad, she told me, “Yes, I have it right here. And by the way, I really like your songs.” I was like, “What? My songs? She thought the parts I had rewritten were the chorus to a song and she gave me the number of a girl she thought who could sing them. So I sent her a couple of my “songs”. In fact, here is the link to the first song I wrote. It’s called “A Gift of Love”: https://www.youtube.com/watch?v=fdXkyj9UXFQ

How would you describe your music?
One word: “random”. I like stories so I view songs as just another way of telling a story. What is interesting is you get so many different reactions. Some people might like one song but not another and that’s cool. Therefore, I am not really a good judge of my songs. Currently, a radio station in Poland played two songs I wrote a few years ago that I thought were not very good because people here in Los Angeles didn’t like them. One is called “Down4u” and the other is “The Dream” so it amazes me that people in another country a few years later would discover and enjoy these same songs.

What would you say is your recording and song writing style?
After I write the lyrics. I will sing a melody into a voice recorder (badly) and then email the mp3 to a friend who plays piano & guitar. He will lay down a music track and then I will ask a singer to sing it. Some songs I imagine with a female singer, others a male. The fun part is collaborating adding a harmonica or drums. I enjoy all styles from country to rap to r&b. I even added rap to a country song and people have told me that they liked it. (That song is called “Hashtag”).

Where would you like to see your music career in 5 years’ time?
About two months ago, I finished writing a book called “Hang Shakespeare” I wrote it in about 30 days too because I got angry about what someone had written about me on Twitter. Like “you must be retarded if you do not agree that William Shakespeare wrote the plays of William Shakespeare.” I think the man known as William Shakespeare was a total fraud. Why? We know he quit writing plays in 1609 to retire to Stratford-upon-Avon, where he became a money lender and then died in 1616. Shakespearean scholars teach this in schools and expect us to casually accept this as fact. His authorship is solid. Why? because his name was on all the plays.
My point: Strat-man’s SOUL cannot be found in the works. Think about it. If he REALLY had authored the Shakespeare canon, why on God’s green earth would he vacate his dream job? It’s like Stratman is saying, “I hate writing poems and brilliant plays. I want to quit everything and chase my true heart’s desire: lending money!” Doesn’t that seem ridiculous?
No, the real artist had to be the 17th earl of Oxford, Edward de Vere because he sank all his heart, money and soul into his art. He poured everything into supporting his art– just like you and me and every other artist. We pour our soul into our art. My point is, there’s a saying in real estate that goes, YOU don’t get into real estate, real estate gets into YOU. Similarly, I think the love of theater or music or art gets into people. When the love of the theater gets into your blood, for example, you don’t retire to sue people for not paying back £6. You live to write plays and works of art for the sheer joy of creating art, because creating something, a book, a song, or a play means more to you. It makes you feel more alive. Therefore, to answer your question: where do I hope to be in 5 years’ time? I hope to still be writing lyrics, books, and stories to express myself. If I make one dollar or one million, it doesn’t matter. It’s not really about making money. It’s about having fun and feeling alive. If you are interested, here is the link to the book: https://bit.ly/HangShakespeare

Where can music fans listen your music?
You can find most of music and read the lyrics by typing in “Robert Boog” on YouTube or just click this link  . My latest songs: one is about the Quarantine  and the other is about Kobe Bryant
Thanks so much for having me.