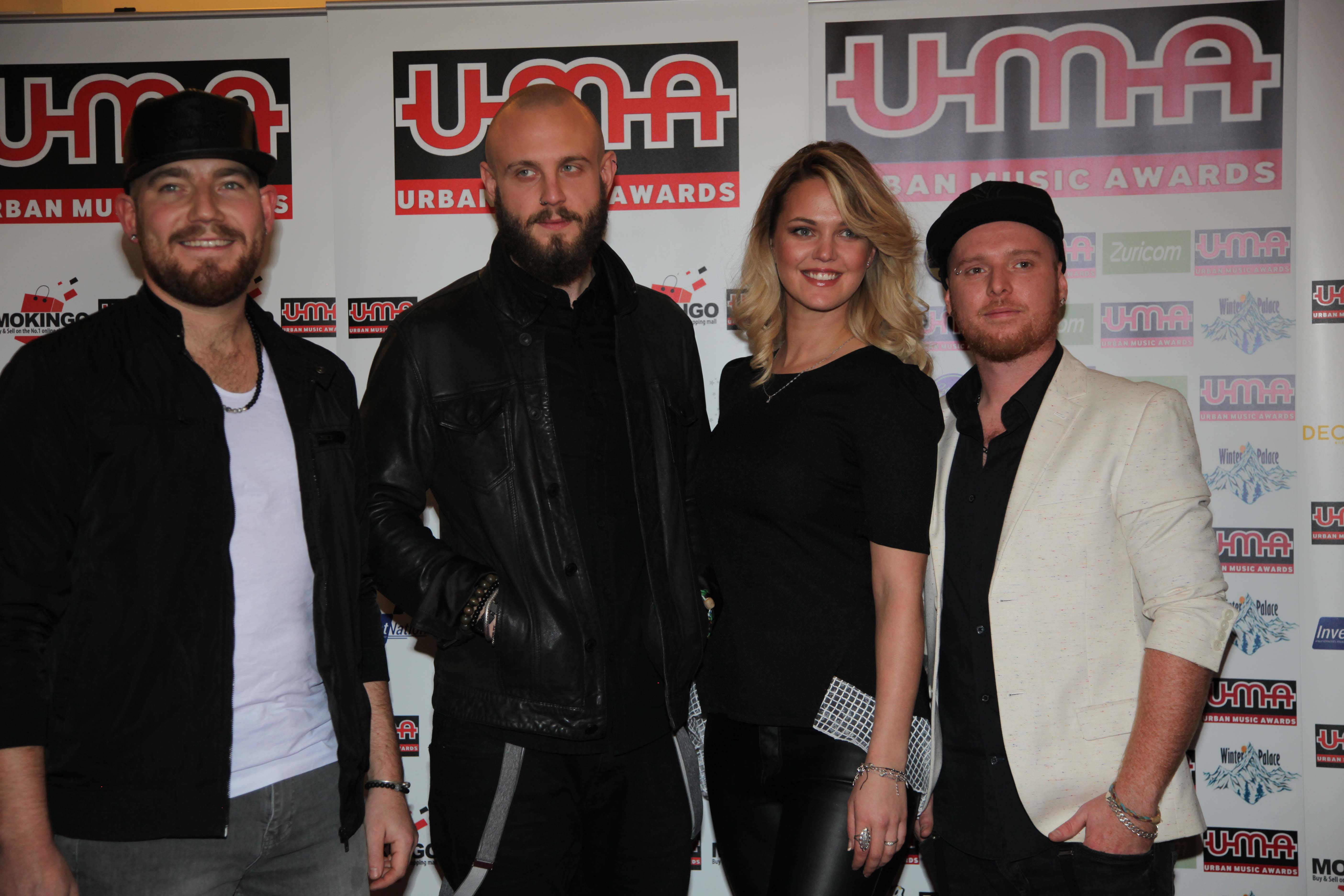 Last night, the UMA’s (Urban Music Awards) celebrated it’s 13th anniversary in London (21.11.15). The red carpet was glittering affair with a line up of celebrities, sports personalities and more.
One of the standout performances of the evening was The Dominos who literally rocked the whole venue in true style. The Dominos whose members consist of Natasha Lusted – Vocals , Stu Poole – Guitars/Backing Vocals , Nick Todd – Bass/Backing Vocals , Alex Harford – Drums/Backing Vocalswere were the official house band for the evening and they certainly put on a show to remember accompanied by hosts Jordan Kensington and Kiera Wheathers

The Dominos are a band based in London, United Kingdom. As well as delivering the rock, soul, swing and motown function songs you’d expect, The Dominos have made a name for themselves by playing up to date chart toppers by artists such as Calvin Harris, Rihanna, Tinie Temper, Robin Thicke, DJ Fresh & Swedish House Mafia.These guys have years of experience playing alongside top 10 selling artists.

The band provided the backdrop to some of the best music performed on stage this year. From Macklemoore to an impromptu collaboration of ‘Ready or Not’ by Fugees featuring the hosts. However, the big winner of the night was Lady Leshurr who bagged a record three awards for UMA Best Music Video 2015, Best Female Act 2015, and Best HipHop Act 2015.

The winners of the 13th annual Urban Music Awards as voted for by you are;