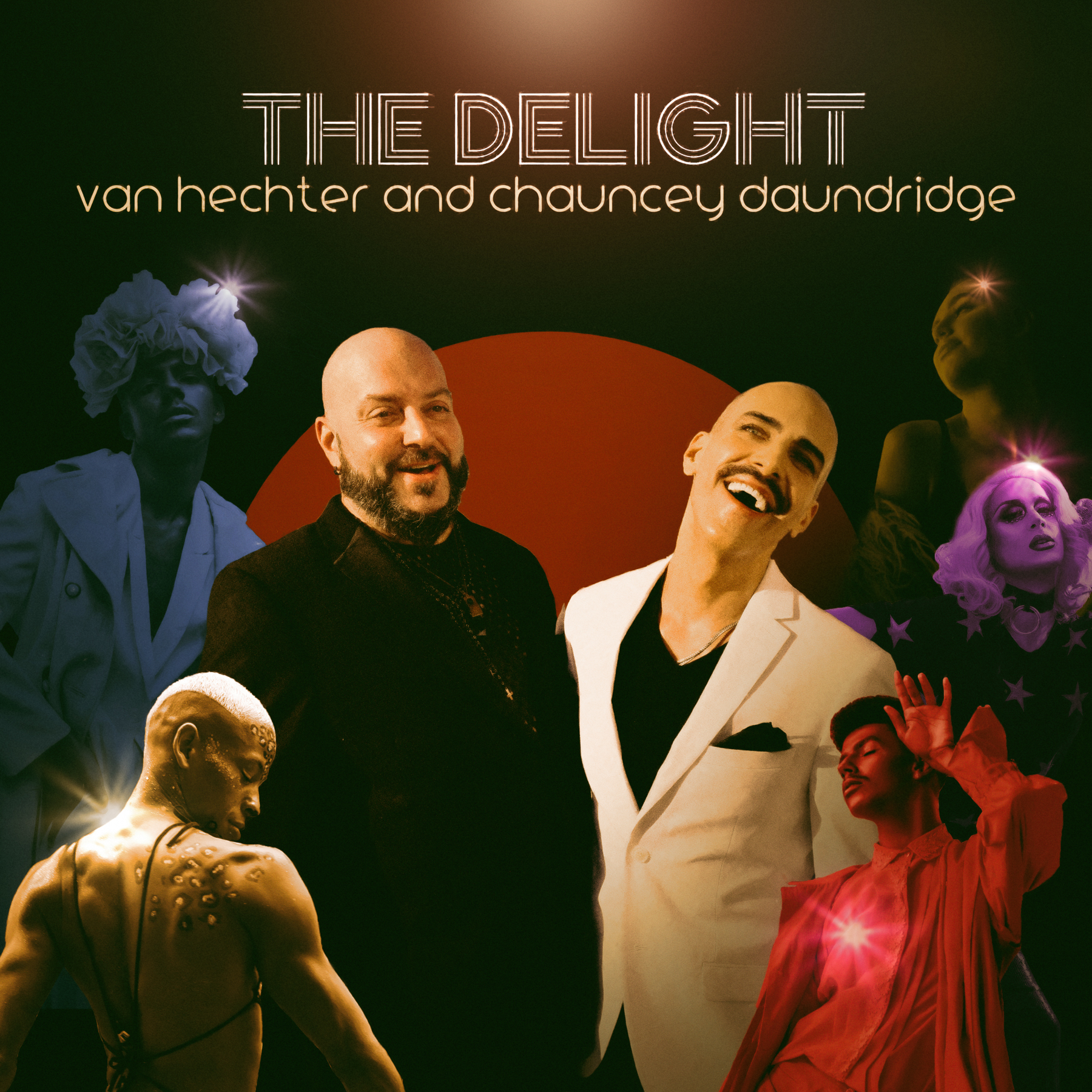 How did you meet?

Why make music together?

Chauncey; For World Pride, I had the honor of being the DJ atop The Stonewall Inn float in the parade that year. Van made a trip to NYC to march alongside the float with me. A few days later, we had dinner in Greenwich Village and came up with the idea of doing a song together about the relationship between the DJ and a patron and “53 Christopher St.” was born. That’s the address of Stonewall in case you didn’t know. Being a poet myself, I sent him some lyrics I had written and we decided one song wasn’t enough so now we have a full album in the works. He takes my words and dresses them up in such stylish melodies and undeniably catchy choruses and hooks!

What is ”The Delight” about?

It is about living your life to the fullest, being unafraid of who you are and celebrating your existence. “The Delight” can mean anything to anyone but for me personally it is what sweet dreams are made of… We learn lessons along the way and are constantly changing and growing and blossoming.

Van; I agree with everything Chauncey said… I would add; it’s about never giving up on life.

Who else is involved?

Van; Eryck Wyseman- my music and business partner and muse Alex— we won’t tell you who he is- but he’s a quiet force behind all our hard work.

Chauncey; Yes- wizard Eryck works his magic from his fortress in Montreal… He made me feel so comfortable from the very first note and was able to capture a side of my voice I barely recognize.

Can a DJ sing?

Chauncey; Not all DJs can sing, but this one can certainly carry a tune. I’ve been in bands throughout my life and have performed on stage many times over the years. Van certainly pulled out a voice from me I didn’t know I had and it has been life changing and exhilarating!

Van; Chauncey is actually a better singer than he knows… So I bully him a bit.

Can a singer sing?

Chauncey; I guess not all singers can really sing, but I don’t always want to hear a technically perfect singer sing a song. I want to hear emotion and cracks and growls.

Van; I agree with C… Then again one had to be on key…

How do you feel onstage together and when/where can we catch you live??

Van: I love being onstage with Chauncey. I only perform with people I like… And if I don’t like someone I’m working with, I cut the project short. I have no time for unpleasant collaborations… Chauncey and I have a lot to look forward to in NYC; Labor Day weekend, Halloween, New Year’s Eve… The second half of 2021 will be great!!

Chauncey; We have only had the luxury of performing together once so far on New Year’s Eve 2020 at the legendary Stonewall Inn in New York City. Van is a perfectionist and veteran to the stage and I’m a newbie to singing my own songs in front of an audience. We are The Odd Couple in so many ways and that’s what makes our alliance so genius. We let each other have our bratty moments, but then we snap each other back to the task at hand. We are disco brothers after all. Hashtag Vandridge!