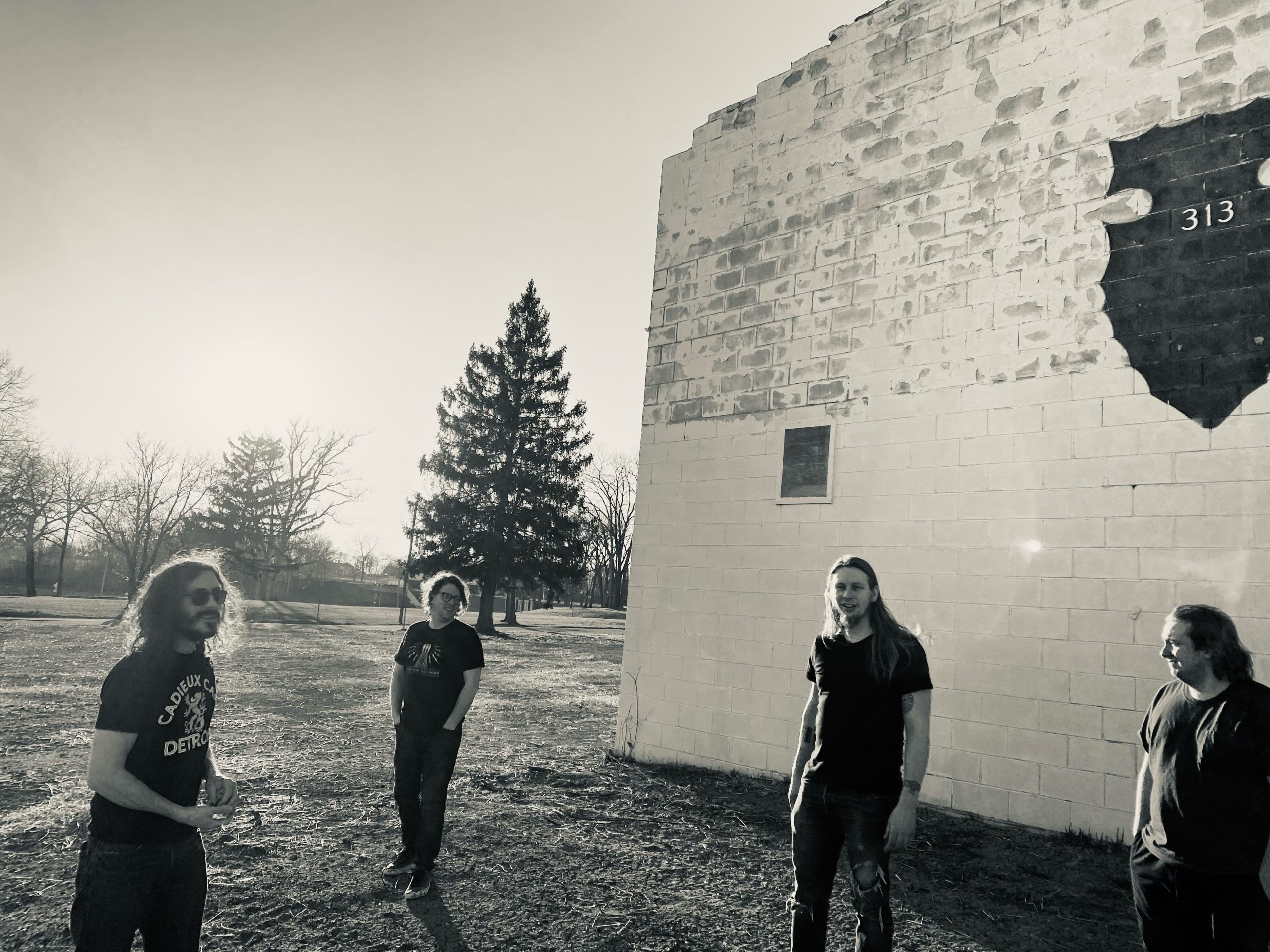 With their dizzying amalgamation of old school rock n roll, post-punk, and grunge, Werewolves have shaken up the airwaves with the tumultuous 2021 album, ‘Enjoy Your Fat Self’.

The Flint-based breakthrough artist put their vintage gear into overdrive with tracks that bring the assertion of Mud Honey, the frenetic charisma of The Eighties Matchbox B-Line Disaster, the despondence of Nirvana and the political charge of the Dead Kennedys. Werewolves’ expressive sound may accommodate a fair amount of chaos, but they never compromise on the groove; they consistently find the perfect balance between caustic and catchy.

Track 1 is a violent introduction to the intent on the album, while track 3, ‘40th St. & 6th Ave’ mixes melodic grunge with an electric reinvention of blues-rock. Track 4, ‘Toolshed’ brings elements of 80s sleaze rock into the mix before track 5, ‘Suffrage’, breaks into a punching punk rock stormer. Track 6, ‘Way Low’ proves just how psychedelic punk-infused prog rock can be before the album finishes with the softer, intimate Soundgarden-Esque single that finds space for a few subtle no-wave influences within the instrumentals. Enjoy Your Fat Self was recorded and mixed by Chris Koltay at High Bias Recordings in Detroit and mastered by Warren Defever at Third Man Records.

Werewolves said: “The album denigrates our society and the problems people refuse to face that continue our exponential plunge into societal extinction. It aims to tear down the walls to show you
the mirror far on the other side, that is your fat self. The atrocities occurring in the cobalt mines in the democratic republic of Congo inspired the title track. Most people have devices like cellphones and have no idea how they are made or more importantly, where the materials come from, which shows us that the saying, “ignorance is bliss”, is alive and well in American culture.”

Amelia Vandergast at A&R Factory said: “With the eclecticism of style and Werewolves’ tendency to stray away from the usual structures of songwriting, Enjoy Your Fat Self is a revitalising feat of Alt-Rock that reminds you of the power that Rock n Roll holds to challenge oppressive, limiting and exploitative
societal structures. Hitting play is comparable to putting on the They Live sunglasses. Even if you don’t heed the raucous warnings, any sense of complacency will soon leave.

Listen to the track on Spotify here