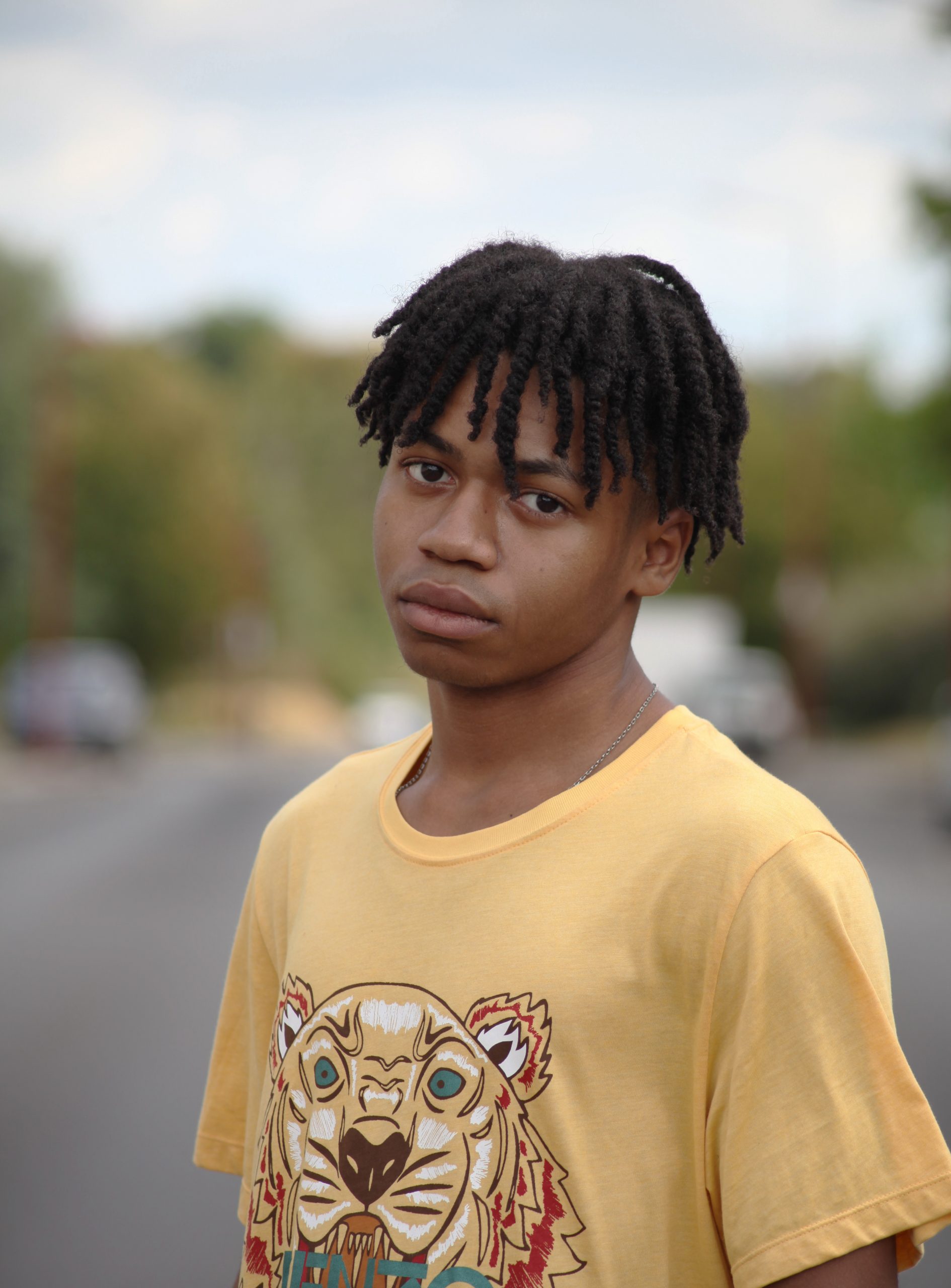 YNG Nine is an underground rapper of Haïtian descent based in France. You might have heard some of his songs on independant campus radios, in Canada or in the US. The franco-haïtian rapper is like a musical chameleon that would change color according to his mood. He likes to go from suave soft spoken words into the mic to screamo, from a melodic rapper, to a rythm focused one.More than that, he’s always been very committed to his craft, ever since elementary school, when he first picked up writing. His aim then, but most importanly today, is to convey all kinds of emotions to his listeners. Some of his songs are songs you can just turn up to. Some will make you feel sad, some will make you believe, but every song will make you feel like him.  YNG Nine’s new single “COLORS” , is an amazing track that really brings out the talent in this young future star. The instrumental beat reminds us of a time where HipHop was all about quality and the blend through story telling rap skills of YNG Nine is cleverly woven into the track to bring out an amazing track.

We decided to catch up with YNG Nine for an exclusive interview for Camden Monthly..

What inspired you to get into music?
So that’s an interesting question. When i first started actually making music, I’d make some orchestral compositions, rap came in wayy later actually. So when i was 10, or 11 i don’t remember when exactly, my dad came with a super bad synth and the curious kid i was just couldn’t stop pressing the keys. I then moved on to piano composition, to making beats and experimental music, and from this I moved to rapping. I still make orchestral and experimental music to this day but i just don’t release it.

How would you describe your music?
My music’s like an open window on how i’m feeling at the moment. It’s kind of like the best friend I share everything with and that never leaves me.

What would you say is your recording and song writing style?
My writing process is never the same, sometimes i take writing as a stylistic exercise and i’m just trying to make the rythm, melody and lyrics sound good to get a purely aesthetic result. Sometimes it’s more like therapy. I mean, when i’m feeling like i’ve got way too much on my mind, so much i feel like i can’t find the words for it, i just sit down and think: how am I feeling? What’s on my mind? And write it down.

Where would you like to see your music career in 5 years time?
In 5 years? I’ll be everywhere man! Everywhere! Or dead. It’s up to God to decide !

Where can music fans listen your music?
On music platforms like spotify, apple music, a few college radios also air my music so yeah.