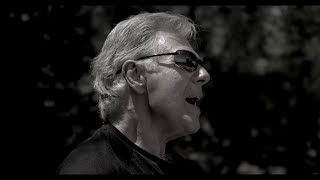 Prolific Australia based performing singer-songwriter PG Naylor has released his latest single, “Something for Nothing” to Spotify and all the major music services.

LISTEN TO SOMETHING FOR NOTHING ON SPOTIFY

A classic rock expert, PG Naylor has a knack for delivering hard-hitting vocals with fun lyrics and sleek melodies woven together with both intricate harmonies and straight-up grit.

In keeping with the song’s theme of “Something for Nothing”, it’s important to mention PG and his group’s ongoing charity work with Bo Children’s Hospital in Sierra Leone. Expecting nothing in return, the band has raised 50k for the school over 8 years. All monies collected from their concerts goes directly from the band to the hospital, no middle man to muddy the waters.

PG Naylor brings a new original visit to 60s classic rock music. All songs are written and performed by PG – who was there than in the 60s and is still here now! Although all the songs are new, they slot perfectly into a 60s rock playlist. PG has been playing in rock bands based in Sydney, Australia since the 60s, and after a life in the corporate world he has returned to his first love – 60s rock music – his lifeblood and that of the entire baby boomer generation.

Recently, the title track to his album, Sanctuary, was announced as a semi-finalist in the 2019 International Songwriting Competition, based in Nashville, USA; The tracks Sanctuary and Hollywood Road were both announced as semi-finalists in the 2020 Voyager International Songwriting Competition based in Melbourne, Australia as well.

What inspired you to get into music?
As a small kid I remember Rock around the Clock with Bill Haley and the Comets, then Elvis, then Buddy Holly, and I wanted to be like them. I recall when I was about 15 I decided to make myself a guitar (unsuccessfully and my parents gave me an acoustic for Christmas. Then came The Beatles when I was at high school and that clinched it – I bought a cheap electric guitar and was invited to join a band when I was 18. Hearing The Kinks ‘You Really Got Me’ was another milestone – I still love that sound and still play that song at gigs.

How would you describe your music?
60s influenced rock music

What would you say is your recording and songwriting style?
I always try to write songs that carry that 60s beat and the lyrics (mostly) are sort of ‘tongue-in cheek’ stories of things that have happened (or could have happened) to me.

Where would you like to see your music career in 5 years time?
I see many more fans being attracted to my style of writing and singing and enjoying the 60s influence

Where can music fans listen to your music?
All my songs are on Spotify. https://open.spotify.com/artist/5Hx08daawXC5xU4FwPTwUB?si=hiVwkHVEQjWD7AFas9zXBw

For More on PG Naylor, VISIT: