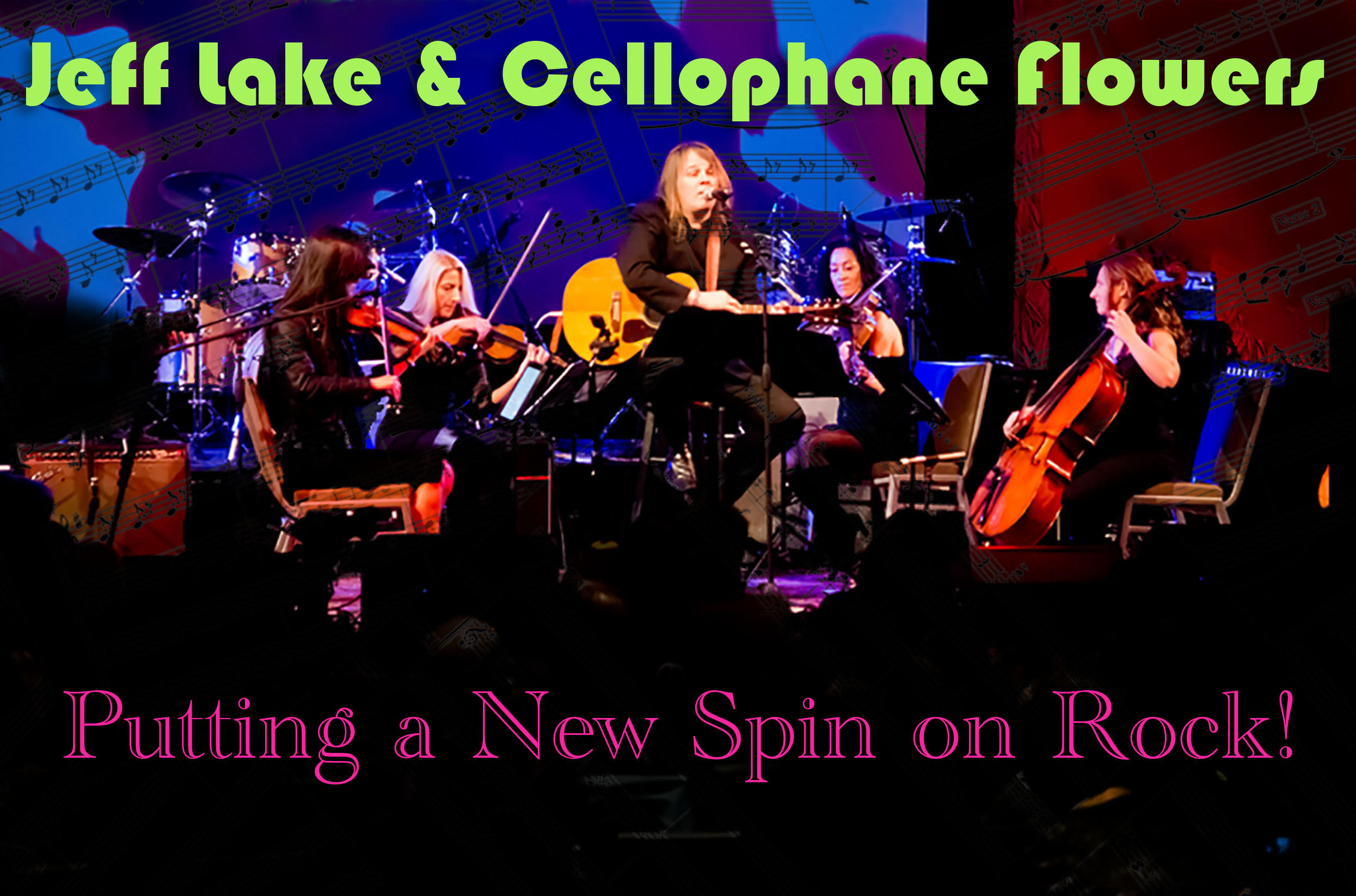 “Penny Lane”, the new release from singer/songwriter Jeff Lake and his classical music compadres in Cellophane Flowers, is available now on hard copy CD at https://cellophaneflowersmusic.com/

The tracks are also available for download on Amazon, the iTunes Store, and for streaming on Apple Music, Spotify, and all the major music services.

Standout tracks include the title track “Penny Lane”, and “Sugar Plum Lucy” — a delightful fusion of Tchaikovsky with elements of both The Beatles & Elton John versions of “Lucy In the Sky With Diamonds”.

LISTEN TO THE ALBUM ON SPOTIFY HERE

Jeff Lake & Cellophane Flowers put a new spin on the music of The Beatles by replacing electric guitars with violins & cello for its core sound while adding traces of modern production, acoustic guitar & Lake’s smooth vocal delivery.  While tracks such as “Penny Lane” take a minimalistic baroque-era approach, others such as “Within You Without You/ Tomorrow Never Knows” are a psychedelic joy ride.  And “Honey Pie” will transport you to the bygone era of cabaret & vinyl. Whether you’re a Beatle fan or not, this album is a fresh take on music written over 50 years ago.

We managed to catch up with Jeff Lake for an exclusive interview for Camden Monthly..

What inspired you to get into music?
Like thousands of others, it was an album called MEET THE BEATLES. As a young boy, I would sit with my guitar figuring out all the chords. Singing while playing guitar came naturally for me. And so the next step was to carefully pick apart the vocal harmonies, and decipher which Beatle was singing which line.
I scratched many pieces of vinyl during this process… lol!

How would you describe your music?
I like the phrase “neo-classical spin on The Beatles”. My reading skills as a musician are fairly limited; but, the violin and cello charts are proper, classical charts. Aside from replacing many of the electric guitar lines from the original Beatle recordings with violins, we toss in little excerpts of popular classical pieces here and there. Rock n roll was my first love in life. I developed a fondness for classical music later on. This project is fun cuz it enables me to combines the two genres. And so yeah, I’d say “neo-classical.”

What would you say is your recording and songwriting style?
Well, obviously, I didn’t write any of the songs on this album, although I wish I did… haha! I will say that some of my own songs have a Beatlesque quality.

The original album I’m releasing later this year is more a melding of rock, country & bluegrass.
That album is called “Misbehavin’” and we’re hoping to have it out by Labor Day.

As for my recording style, my range as a producer is also quite varied. Some songs on “Penny Lane” such as the title track are minimalistic — just string quartet & voice… bare bone dry! If I don’t feel the need for FX, or in this case, not even for the guitar, then I won’t use it.

For the most part, I adhere to the philosophy of LESS IS MORE! But, when touching upon The Beatles’ psychedelic period, you’ll hear more densely layered tracks with a more affected vocal.

Where would you like to see your music career in 5 years time?
My plans are to keep releasing my own music and to continue building a fanbase.
We’ve also begun work on another Cellophane Flowers album, and I’d like to see a few more of those as well.

Where can music fans listen to your music?
Our music is distributed internationally by a company called The Orchard — a division of Sony Music.
And so it’s available on most of the major streaming outlets such

Be sure to check out the next, few virtual shows at The Fest for Beatle Fans on Facebook at https://www.facebook.com/beatlesfest/