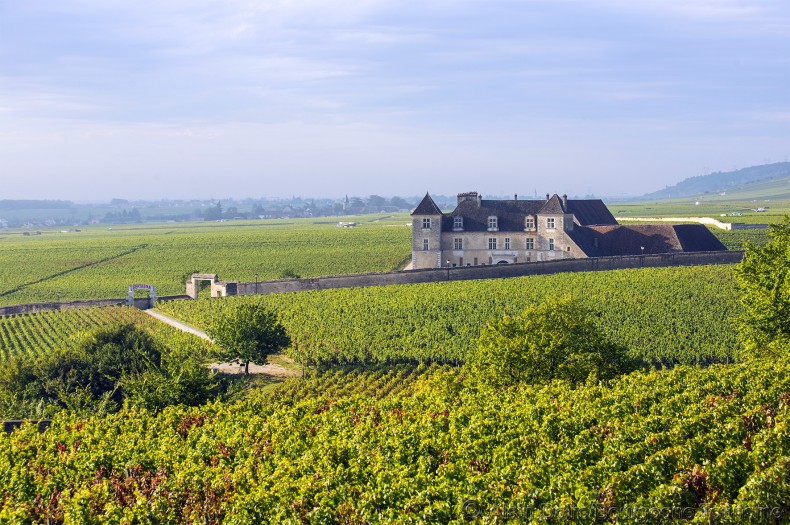 Burgundy. The dark-reddish colour palette is the first to spring to my mind when such term is mentioned. So, when the editor turned around and said one afternoon, “I’m sending you to Burgundy”, you can sense the confusion I felt.  (Burgundy is a place?) After a quick, and well needed, google search I discovered that this east-central region of France has a lot to offer. It is the father of many celebrated cities, such as Dijon, the mustard capital; a residing place to over 1.6 million people; and, home to some of the best French wine. Thus, I jumped straight on the bandwagon and took to the wine roads of France’s historic region.

We arrived late-afternoon and departed to Sainte-Sabine, alongside Burgundy’s Press Manager, Veronique Beigenger. The sun was out, jacket off, sunglasses on! During the scenic drive from the train station in Dijon, it was apparent that Burgundy was blessed with beautiful landscape– lush vegetation and endless vineyards in sight. What a contrast to the gloominess of London I just left behind. Lost in the tranquility and serenity of Burgundy, I regained focus when we arrived at our first destination of the trip: Paul Day’s workshop. The Queen’s official sculptor, and the creator of the Lover’s Embrace statue in London’s very own King’s Cross St Pancras, received us in his studio. It was evident, from browsing around, that this humble British man, settled in Burgundy’s countryside, exuded such natural talent. His work flared originality and perspective and encapsulated an observation of humanity that was clearly led by a unique eye and an artistic impulse. When asked ‘What is your favourite sculpted piece?’ he simply responded ‘The one I haven’t made.’ His motto, essentially, was to keep chasing the dream- what an inspiring thought to leave on.  Paul’s work also featured heavily at our accommodation for the evening: The Abbaye de la Bussière. Originally an Abbey, founded in 1131, it has been renovated and converted by the Clive family into a quaint, homely retreat.  The stunning surroundings, the historic pillars and the grand rooms- of which included that all important Jacuzzi bath and chaise longue- made me feel like a Princess for the night. The Michelin-starred food was exquisite; each gastronomic plate was a sensational work of art, beautifully accompanied with the best of Burgundy’s wine.  It is a definite recommendation for a luxurious, relaxing escape from the hustle and bustle of London.

Wonderfully rested, in a queen-sized bed, it was an early-morning departure, on day two, back to the city of Dijon. With Sherry Thevenout’s superb knowledge, we received a guided tour of the historic city. There is plenty to observe in Burgundy’s ancient capital, including the medieval houses, Renaissance town houses, and homely shops.We began with the Archaeology Museum, an attraction that has often gone unnoticed. Housed in a former Abbey, it contains Palaeolithic artefacts and an array of tomb stones. Walking along the cobbled streets, it was evident this city had a story that extends far beyond my years. The gentleness, the traditionalism and the authenticity of the town made one feel like you had been transported to a different age. It is a great city to explore with a partner, or as a family: the museums are free and if you don’t fancy sightseeing via foot, the city’s bikes are a great alternative. We continued on our historic expedition of Dijon at the Fine Arts Museum, formerly the Palace of Burgundy’s Dukes, before heading to one of the many cathedrals in the heart of the city, emblematic of the gothic era, c.1240. After enjoying a wonderfully crafted three-course meal at the Carte Blanche Restaurant, we were led on a picturesque wine tour on the Côte de Nuits. The silhouette of the French Alps just in view, my knowledge on the range and harvesting of grapes greatly enhanced, thanks to Christopher Viardot at Wine and Voyages. Notably, we passed through vineyards of Pinot Noir and Chardonnay grapes, the notorious red and white wine of the region.

To accompany the tour, we visited the cellars of a local winery and tasted some of the divine grape varieties Burgundy has to offer: Aligoté, a light white-wine; La Croix Blanche, a fruity red-wine; Les Gruenchers 2012, bursting with flavour, best served with rich dishes like sushi; Les Murgers 2013, perfect for sauces; and finally the Clos de Vougeot Grand Cru, to be saved for that special occasion. Feeling a lot lighter in the head, with a little spring in my step, we headed to the Fruiroge Farm: a family run shop, situated on the edge of Nuits-Saint-Georges. Isabelle and Sylvain Olivier, the owners, specialise in the production of vinegars, mustards, liqueurs, jams and ketchups from their very own home-grown red berries. After witnessing the day-to-day production line, we had a little taster session (obviously, my favourite part). I couldn’t help but buy a bottle of Crème de Cassis, traditionally mixed with Aligoté wine to make Kir. It is a delicious beverage emblematic of Burgundy, named after Dijon’s former mayor (like I could fit any more alcohol in my suitcase….). After an action-packed day, we checked in to our hotel, Rôtisserie du Chambertin. The recently renovated eighteenth-century building is intrinsically refined and sombre, commanding an understated character in contrast to the Abbey.  We dined at a local restaurant, Le Clos Napoléon. I chose two classic French dishes: snails, for starters, and Beef Bourguignon for main. The service and the food were top class, as was the wine!

After another early start, we departed for the third city visit in Burgundy: Beaune, the wine capital of Burgundy. It is sparser than Dijon in its monuments, but Beaune is the perfect stop-over to experience classic wines and the finest restaurants. The famous Museum, Hôtel-Dieu de Beaune, is a top attraction in the city. Initially a fifteenth-century hospital, the Museum encompasses the middle-aged, spiritual and creative flare of Burgundy. The high ceilings, grand paintings and the Burgundian-Flemish architecture set a vivid portrait of Beaune’s fascinating past.  The day would not have been complete without further wine tasting (as if I had not drunk enough). Caves Patriarche is the perfect place for such. The former convent is currently one of the largest wine cellars in Burgundy. Dealing with wine for over 219 years, it houses several million bottles dating back to at least a century ago. From wine tasting, to wine drinking, we set off for lunch at Ermitage de Corton, located in Chorely-les Beaune, overlooking the region’s spectacular countryside and vineyards. The modern and simplistic take on traditional dishes produced some of the most stunning gourmet food I have ever had the pleasure of tasting. To top it off, the service was, as the French say, ‘fantastique’. The day’s adventure was to be continued in the city of Tournus, home to four Michelin-star restaurants. Aside from a visit to the abbey of Saint Philibert, we explored Burgundy by bike, with a 13 km ride along the la Voie Bleue. (Cycl’ Auto Vandroux, located near the cycling track, is an ideal place to rent from.) The river Saone, lined with corn fields and meadows, provided the perfect placidity to free the mind, and it was a great workout for the thighs!

After burning off our lunch for the day, we checked in at the Château de Besseuil. Exuding a combination of sixteenth-century charm and modern-day flare, and situated in a seven acre vineyard, the mansion house provided the ideal setting for a relaxing stay. All the amenities and services one could wish for were available on site. The gourmet restaurant offered an array of refined classic dishes, and the bar, adjacent, was ideal for a cosying up with a couple- or few- glasses of wine…

Our final day of the four-day adventure arrived; we departed to Château de Pierreclos around 9.30 am.  Being a historian, at heart, I fell in love with the Pierreclos castle. It is not just breath-taking in view, but wandering around the grounds, it is evident this magical place is full of history, and promise for the future.  Planted among spectacular landscape, the castle and tenth century chapel is a common location for weddings, and it is easy to see why. (A colleague on the trip even mapped out my wedding…it didn’t help she spotted the large modern dancefloor early on!)  It is a fantastic attraction for a family trip out. You can roam around the dungeons, wine cellars, and, via the information panels, learn about the weaponry and preparation of food in the middle ages. There are even little activities laid out for children.

We pulled ourselves away to enjoy a lovely traditional meal at the local Café de la Gare in Macon Loche. The beef, from the Charolais region, tantalised the taste buds. It was great to complete our adventure in France with regional delicacies, enjoyed on a fabulous terrace, with the sun beaming. There was no better note to leave on.

Yes, Burgundy is associated with the colour of the infamous wine it bears, but the region should not be characterised by this alone. It is a place boasting colour and history, enriched with beautiful scenery and charming people. Would I visit Burgundy again? Without a doubt.