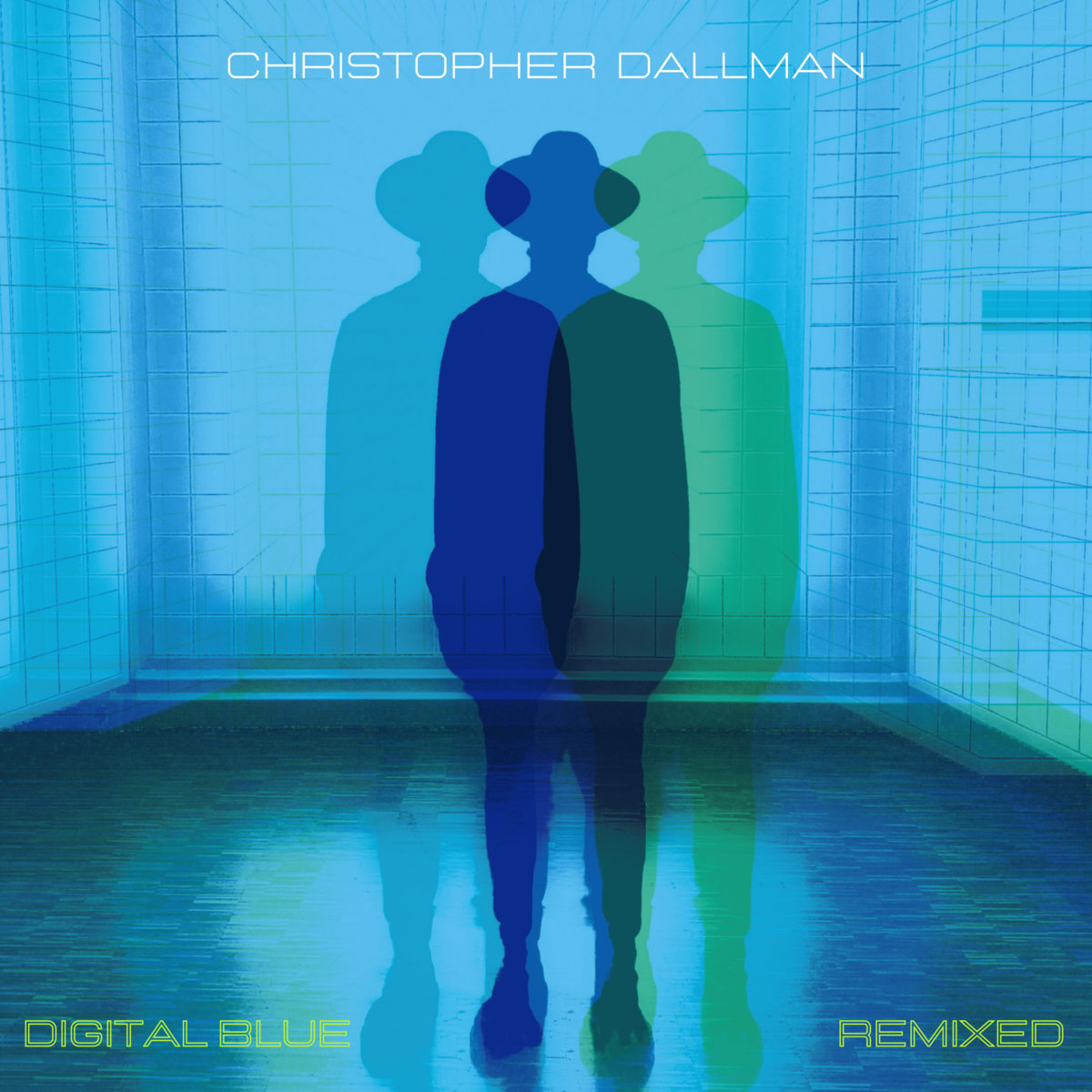 After one album and three EPs with folky vibes, Christopher Dallman ditches the acoustic guitar and singer/songwriter sound on his transcendent new album DIGITAL BLUE. On these 13 distinct yet unified tracks, Dallman explores a bold and genre-bending electronic soundscape that draws from Pop, Electronic, Alternative, and even Jazz, taking the listener on an evocative, cinematic journey. Summer 2020 will see the release of 5 singles from DIGITAL BLUE – including TIME OF MY LIFE, which just premiered on 88.9 WYMS RADIO MILWAUKEE – culminating in a September 23rd release of the album to streaming outlets and on Limited Edition 12″ Vinyl and Compact Disc. Born and raised in Milwaukee, Dallman moved to New York City at 18, where he honed his chops at local open mics before signing with Treasure Records for his debut album RACE THE LIGHT. In 2004, Dallman relocated to Los Angeles, where he recorded 3 EPs, including SAD BRITNEY, a record of Britney Spears covers that reached #7 on the iTunes singer-songwriter charts. His video for GHOSTS reached #1 on MTVmusic.com, and he has licensed his music to MTV’s The Real World, Hallmark, Lifetime, and various independent films. Dallman has toured the US and overseas, sharing the stage with the likes of Amos Lee, Jonathan Rice, Ben Lee, and Amy Helms.

We decided to catch up with Christopher Dallman for an interview on Camden Monthly..

What inspired you to get into music?
What inspired me? An Ani Difranco Concert in Madison, WI in 2000. She came onstage and sang Firedoor and was so confident and having so much fun that I just wanted that.

How would you describe your music?
My music used to be folky. My album Digital Blue is my first electropop offering and this album – DIGITAL BLUE REMIXED is mostly house remixes by Calibeats out of Blackpool UK. One song is remixed by SIRPAUL. The two B-Sides (I Don’t Wanna Be Alone Anymore and M.I.A) are wandering electropop.

What would you say is your recording and songwriting style?
My recording style at this point is fully electronic and self-produced. I make vibey-bedroom pop with lyrics that take more nods from Poetry than they do Pop. I write as I record. I find a good vibe and then just let the vibe dictate the lyrics of the song. I find the story that way. The production guides the songwriting.

Where would you like to see your music career in 5 years’ time?
In 5 years I hope I’m doing the exact same. I run a couple of restaurants and love my job. I want my music to always be finding some new ears, but I don’t want my life to change much. Hopefully, I’ll start licensing stuff to TV and Film. That’s it. When I was 20 I wanted to be famous. Now I just want my life to stay creative but level.

Where can music fans listen to your music?
Fans can listen to my music anywhere at all! My website is https://www.cdallman.com

I’m on all socials. Find me!