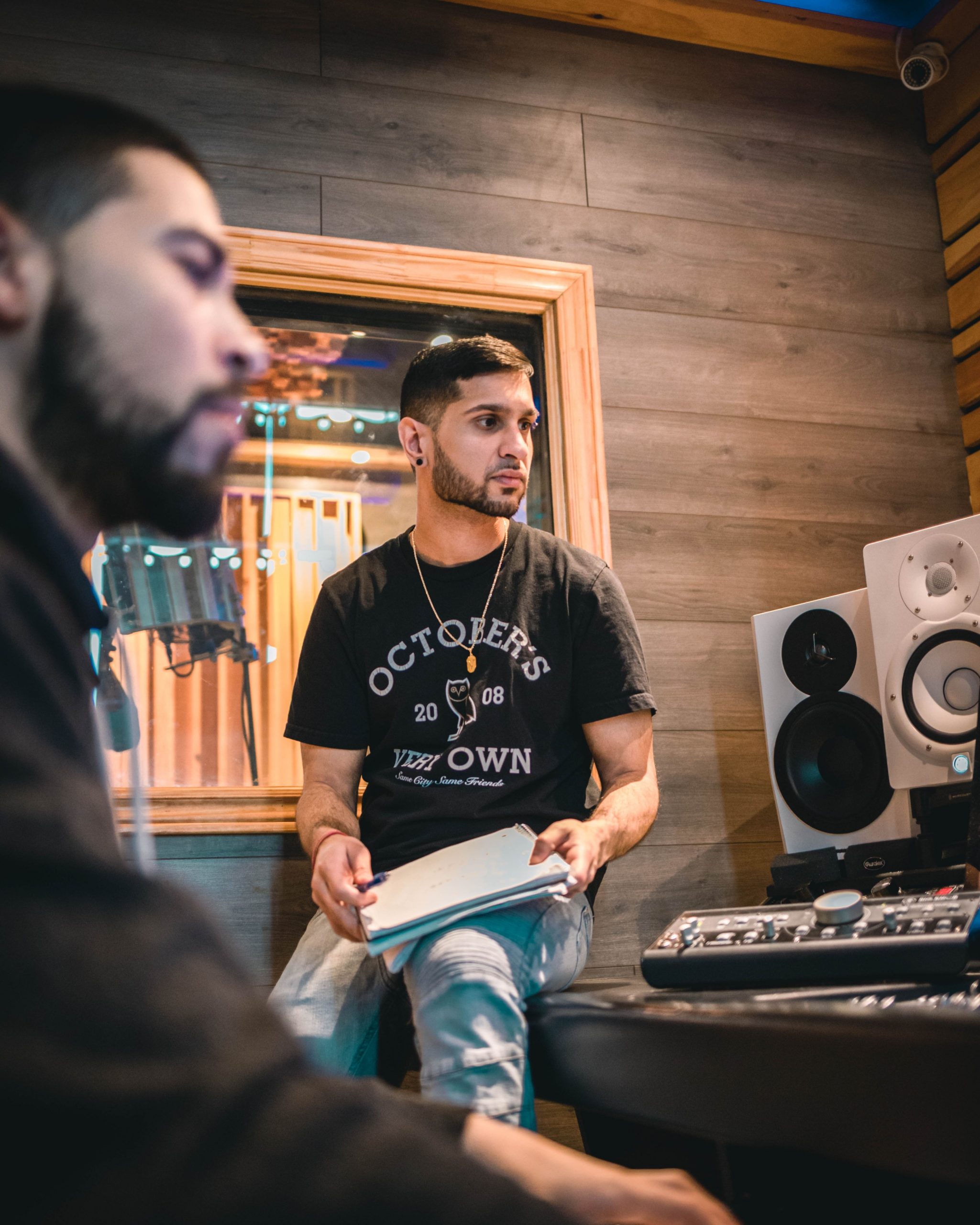 Born Vineet Korpal in Toronto to two immigrant parents from India, Dj Vin showed signs of passion for music. Growing up listening to 2pac, The Beatles and more, Dj Vin developed a versatile taste for music. However, his life completely changed while he was attending Trent University for an undergrad degree in the sciences. This is where he grew fond of DJing, and shortly started playing at clubs and events all throughout Ontario. As DJing was not satisfying his creativity, Dj Vin discovered music production to help satisfy his musical appetite. With over 250 thousand streams on Spotify alone, Dj Vin has developed his passion into a career with his unique sound which has caught the attention of listeners worldwide.

“Off The Lot”,  the new single from DJ Vin featuring  none other than  Princely on vocals  takes a little time, but slowly we find ourselves trapped in a corner with its unadulterated bottom-end weight, clinging to a smashingly streamlined vocal from Princely for dear life.

In terms of production, DJ Vin pulls us from beneath the rhythmic rubble and brings us towards a spellbinding beat, which for all intents and purposes gives a performance in this track that stands above anything that has reached my office desk this month and as you know i am always inundated. The magic is just getting started, but it doesn’t take more than thirty seconds to become hopelessly entranced with this song’s excellently designed production.

Both from an instrumental perspective and a lyrical one as well, “Off the Lot” assaults us with everything that DJ Vin and Princely have got, and for all the hype about the ongoing minimalist revival that has supposedly overthrown the gluttonous hierarchy of hip-hop’s previous existence, the excessive tonality in this single is actually one of its most attractive and refreshing qualities.

I don’t know whether or not DJ Vin intended to do so, but in this song, he essentially breaks away from the pack and establishes himself as a hard-hitting producer  and DJ who doesn’t accept sonic boundaries as well as the bulk of his rivals do. His rebellious attitude is a nice change of pace from what 2020 has had to offer critics so far, to say the least.

Princely really seasons this single with a melodic groove that I think makes it so much more appealing to both pop and hip-hop fans than it would have been were his stylish pipes not present in the final cut.

A lot of critics like to make the argument that collaborations are doing more harm than good within the indie rap community both on the east coast and out west, mostly because of the notion that it demands all involved sacrifice a part of their artistry in favor of compromise, but that just can’t be said of “Off the Lot.” Nothing is sacrificed here from either side, and if anything, DJ Vin and Princely  bring out the best in each other and make this single a showstopper with incredible crossover potential.

We decided to catch up with DJ Vin for an interview to find out a bit about the man behind the music..

What inspired you to get into music?
I was inspired by classical rock and hip hop at a young age. I enjoyed listening to different genres of music and always wondered how music was created. This led to myself becoming a DJ and a Producer Artist.

How would you describe your music?
My music is unique in the sense I take inspirations from a multitude of genres and blend them together. Currently I am working on Hip Hop with a alternative twist.

What would you say is your recording and song writing style?
My song and recording style reflects my life style. As a DJ I’m always partying hence my party tracks but also there are times when I feel low and discouraged which can be reflected in my other singles. I truly believe that my music reflects who I am.

Where would you like to see your music career in 5 years time?
I would like to see myself as the best producer artist on this planet, inspiring and helping other artists achieve their goals.

Where can music fans listen your music?
My music is available on all platforms. Just search Dj Vin and listen away!

Click here to listen to DJ Vin on Spotify