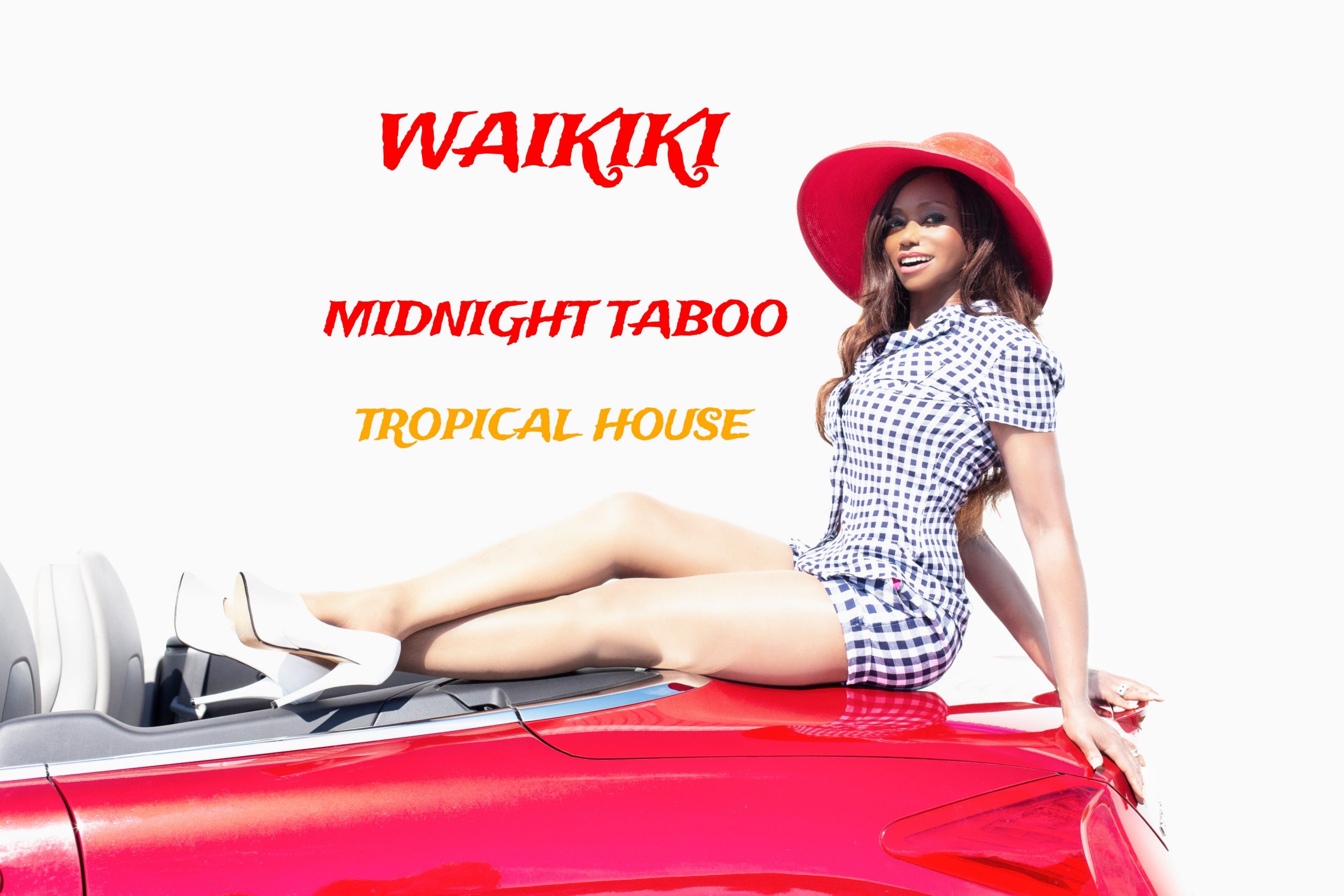 Introducing Waikiki is a songwriter singer of tropical Pop Dance songs. Waikiki comes from Maui, Hawaii. She lives in Norway and France. Waikiki has over 80,000 likes & followers on Social Media. EMI Warner Chappell released her first single called “Maui No Ka Oi”, which made the top 20 VG list in Norway. “Maui No Ka Oi” caused a sensation in France & Europe through the efforts of Rapid TV in England, eventually becoming an international hit. Her music was also featured in an episode of “Baywatch Hawaii”.

Waikiki’s journey from Maui, Hawaii, an upbringing in both Norway and France including  an assortment of world travels has brought her to this point. Her new single Midnight Taboo (Tropical House)   is likely to stand forever as a key turning point in the singer/songwriter’s life thanks to the resounding way it announces her arrival to the music world.

Her take on this style is more melodic on the single Midnight Taboo (Tropical House) and even has something of an orchestrated quality, but it bubbles with a modern sheen thanks to its  music leanings.

Midnight Taboo (Tropical House) often has a rousing, intensely emotional bent and the musical peaks that come along the way are perfectly built up to and integrate the various elements at her disposal in a seamless, highly musical way.  Waikiki obviously arrived early at a vision for this song – it has an ideal running time and manages to pack a world of musical experiences into its relatively brief duration without ever sounding rushed or cluttered.

We decided to interview Waikiki for an interview..

What inspired you to get into music?
I’m a local girl from Maui, Hawaii, but my life story has taken me far from the local Hawaiian scene. It all began after winning a local beauty contest where I won a modelling contract to Japan. The Japanese market was instrumental in promoting my career as an actress & singer because I could speak Japanese.

It was because of the Japanese that I later became a full-time professional singer. My Japanese agent turned me into an entertainment machine. I learned to sing with a small band and performed once a week at a 5 Star Hotel in the Tea Room.

I was required to wear a flower in my hair like Billy Holiday & dress in a ball dress which I had plenty of as I was a former beauty queen and had won numerous while attending the University of Hawaii on Maui. I was mainly a model but when I arrived in Europe to model I was told by many agents I was too small, but because I could sing a little my agent secured me work as a jazz singer in night clubs throughout Europe.

I studied song & dance during the day to perfect my talent. I was inspired to become a songwriter as I was always poetic, musical & I also understood in order to have a lasting career I would need to become a recording artist. I secured a writer’s contact with BMG out of Stockholm.

How would you describe your music?
As a sing song-writer I create Pop/Tropical House music with exotic sounding high energy happy vibes. I write about the passion of life hoping to express joy, enlightenment & make a connections with the listener.
My sound can best be described as “tropically futuristic.” That is to say that it combines carefree, tropical music vibes with futuristic synths and cutting edge house beats. It has that bright, euphoric quality that’s associated with EDM. I like to energise your spirit and uplift your mood. My choruses & hooky lines are always super catchy.

What would you say is your recording and song writing style?
I write main stream catchy hooky happy songs. My productions are always Electronic, EDM, and kicking drum beats.

Where would you like to see your music career in 5 years time?
I hope that in five years music lovers worldwide tune into Top 40 “Waikiki” & go on a journey to be really happy. Today my music is play-listed worldwide. I hope to be doing much of the same, just on an even larger scale.

Where can music fans listen your music?
Click here for Spotify