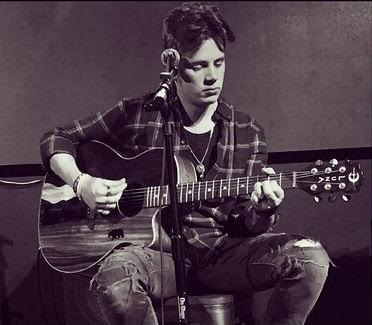 Fixed Fate is a labor of love masterminded by singer/lead guitarist Jon Besette featuring an eclectic mix of guitar-driven music. Listening to his amazing album A Year in the North. You will be hard-pressed to pick favorites as the album is a masterpiece delivered with perfect ease.  “Route 29” starts off Jon Besette’ album with pure anchored around Besette’s fiery and fluid slide guitar playing.

“Pass me by” has a bit of a rock edge in the way it alternates approaches, pushing on the listeners only to pull back at key moments, and these dynamics are critical in making this performance work. This track reeks of sincerity and he throws himself into this song with obvious emotion.

“Eventually” has a decent pace and is built around acoustic blues after some brief electric flash at the song’s core. Some of my other favorite tracks include “Too Late”, “Sunshine” and “Down the Rabbit Hole”.

With a second album due to be released on December 15th, 2020. There is much anticipation in our offices on what this will have in store for music fans alike...We decided to catch with Jon Besette for an exclusive interview on Camden Monthly..

What inspired you to get into music?
I’ve had an interest in music as far back as I can remember. My father put me to sleep using such classic children’s lullabies as Master of Puppets.

What would you say is your recording and songwriting style?
The music I write however isn’t entirely in this heavy style. I am influenced by melodic rock bands like Tesla and Alice In Chains which helped shape my sound into a wide range from soft acoustic to heavy metal.

How would you describe your music?
Fixed fate songs can often cover dark and personal subjects, but this is music that I hope strikes a chord with people out there that are in a place of struggle in their life and looking for some hope, whatever form that may come in.

Where can music fans listen to your music?
My music can be found on all major streaming platforms.

Listen on Spotify by clicking here