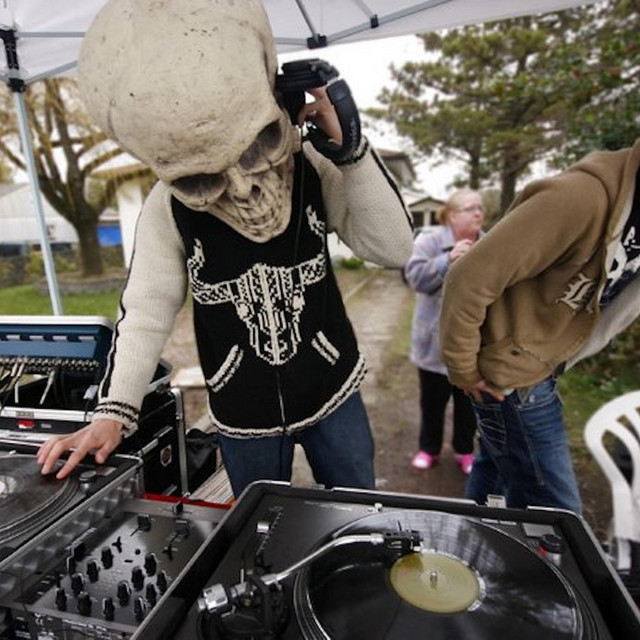 Stan Sitwell (aka DJ Tim Mills) has been deejaying professionally for 20+ years, since 1998. DJ Tim began deejaying in Tokyo, JP. Since that time he has deejayed coast-to-coast across North America, gigging in every city he’s found himself living within.

He currently lives in the countryside on the outskirts of Ottawa, ON., Canada. His genre is best described as an electronic blendstep, ranging from trip-hop to house, typically his tempos are around 105-115 BPM.

Right from the start of “A Demain,” one of eleven stellar new tracks to be found on Stan Sitwell’s ‘Broadcast’ album, there’s no getting away from the chunky beat that seems to make the song so urgent and full of vitality. That beat doesn’t take any sort of time to grab our attention with both hands and draw us into a vortex of the sublime track.

The texture of tracks like “Spaced,” “B2,” “Toxic” and the aforementioned “A Demain” creates a volatile mood to match the freewheeling, experimental vibe of the music, and I would even say that it subsequently forges more of a defined narrative for these songs than their own lyrics do. On the contrary, when we look at “We Go Again,” “Another World,” the twin unnamed track “Untitled 54” and the pummeling “Untitled 51,” it’s a tad harder to get any sort of creative context without investigating the enigmatic high production value a little further. Some might find this duality a little highbrow and perplexing; I myself think it makes Stan Sitwell’s set all the more intriguing. We decided to catch up with the man himself for a quickfire round of Q&A’s…

What inspired you to get into music?
I was inspired by the VisionQuest party scene in Tokyo around the year 2000

How would you describe your music?
I would describe my music as an electronic danceable sound

What would you say is your recording and songwriting style?
If you put a gun to my head I would call my music and the style I make an electronic blendstep; trip-hoppy and housey sounds

Where would you like to see your music career in 5 years time?
Providing a sustainable and livable income in five years time

Where can music fans listen to your music?
Click here to listen on Spotify