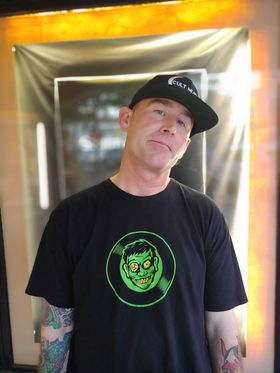 The San Diego musician J. Andrew is not afraid to step outside the box, and gets straight to the heart with an explicit highlight, emphasized by his vocal performance, which is penetrating, scratchy and rich in substance. The Lyricist/Singer/Songwriter from San Diego, CA has his sights set on the prize and is determined to work harder than ever to reach his goals.  Listening to “Time To Move” which is now available on Apple music, Spotify, and all other streaming services!  J Andrew focuses more on showing off his smart lyrical prowess than he does fulfilling everything with some surprisingly strong results. “Time To Move” is an unassumingly amazing track which  doesn’t demand a lot out of  J. Andrew, but this doesn’t stop him from putting so much heart into the lead vocal. It’s as unique a look as it gets in today’s  music, but one that I find to be very charming from multiple angles.

The structure of this song is pretty experimental from top to bottom, but the melodicism being employed by J. Andrew has enough of a familiarity to its substance that nothing sounds too left-field for mainstream consumption. I don’t know that he was trying to craft something specifically for radio play with “Time To Move,” but if he was, he certainly picked a strange way of showing it, as this song has much more of a hard-edged aesthetic than I would normally expect a promo single to possess. On some levels, it’s got the look and feel of a deep cut with the gentle hook of a radio hit. I loved the song and one of my favourites so far.

We managed to catch up with J. Andrew for an interview…

What inspired you to get into music?
Growing up, I always had an acoustic guitar around. I started taking lessons in middle school and actually began to understand music from a different perspective. My love for making music actually started back I got my first 4-track recorder when I was about 13. Tascam Porta-03 (laughs). I was hooked the second I figured out how it worked. It was like waking up discovering that you can speak a whole new language.

How would you describe your music?
An emotionally complex collection of songs that mixed genres from Punk to Pop into a Hip-hop stew. All of my songs are influenced by real things in my life, and I think that makes the songs a lot more relatable than the fluff that people are used to hearing. Constantly evolving too.

What would you say is your recording and song writing style?
Hmmmm (pauses) I can say that its definitely a process. It’s pretty much a 3-headed monster. Ill go through phases of just writing and end up with notebooks full of stuff. Also phases of making beats and adding live guitar/bass. Eventually I start pairing up the words that best suit the music, come up with melodies/hook, and begin recording vocals. But I’m strictly writing, I give no thought to how it will sound to music, (aside from having a flow).

Where would you like to see your music career in 5 years time?
Well, assuming that all of these Covid restriction will be lifted, I’d most definitely see myself performing a lot more. Also, at the rate I’ve been going with new music, I’ll probably have 10 more albums (laughs). My fanbase has been steadily growing over the last couple years, and obviously wanna keep that going.

Where can music fans listen your music?
You can find J. Andrew on Apple Music, Spotify, iHeart Radio, YouTube, and every other streaming service.
Listen for free at CULTMUZIC.COM