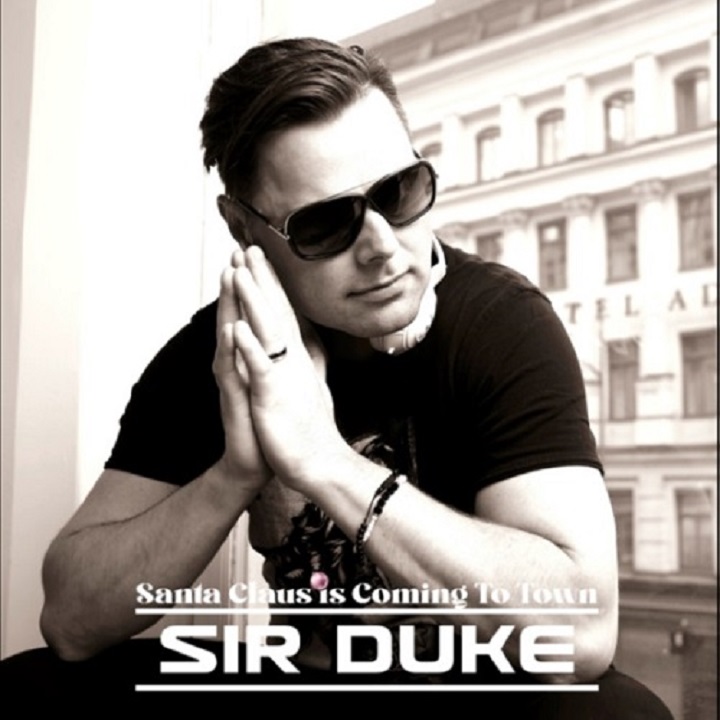 SIR DUKE has released his first Christmas track Named Santa Claus is coming to town that is all about family and Love. Not to be confused with the classic with the same name. This is a new original music. Out on all streaming and buy platforms, the sound is vibrant and fresh. Written and co-produced by Sir Duke, Daniel Sonders, DJ Loop, and Kezano. Mixed by Simon Erics . SIR DUKE has been a part of the club scene around the world for more than 2 decades and is a force to be reckoned with and has no plans of slowing down. Touring with artists like Haddaway, Boney M, Dr. Alban to name a few. SIR DUKE has developed a crowd-pleasing sound, his style of music takes the “peak hour” to a whole new level. He got his first international success with Alphaman doing radio shows and tours in over 140 cities and 4 countries in Eastern Europe.   SIR DUKE did a remix of Coco-jumbo with Alphaman that became one of the most played tracks in Eastern Europe and came top 10 in Scandinavia. Santa Claus brings together the Americana influences in her music with a lightly played modern pop sensibility that gives it immense accessibility.

We managed to catch up with Sir Duke for a brief Q&A Interview..

What inspired you to get into music?
In terms of inspiration, since I was a child my parents always played a lot of disco music at home. Bands such as Boney M and others were actually a big influence growing up!!

How would you describe your music?
The style of music I’m doing is pop,deephouse, and EDM.

What would you say is your recording and song writing style?
My music is a vibrant sound with a positive vibe

Where would you like to see your music career in 5 years’ time?
I would love see my self playing at Tomorrowland

Where can music fans listen to your music?
All music is on all platforms like, Spotify, youtube, Itunes and many more

To listen to Sir Duke follow the links below;