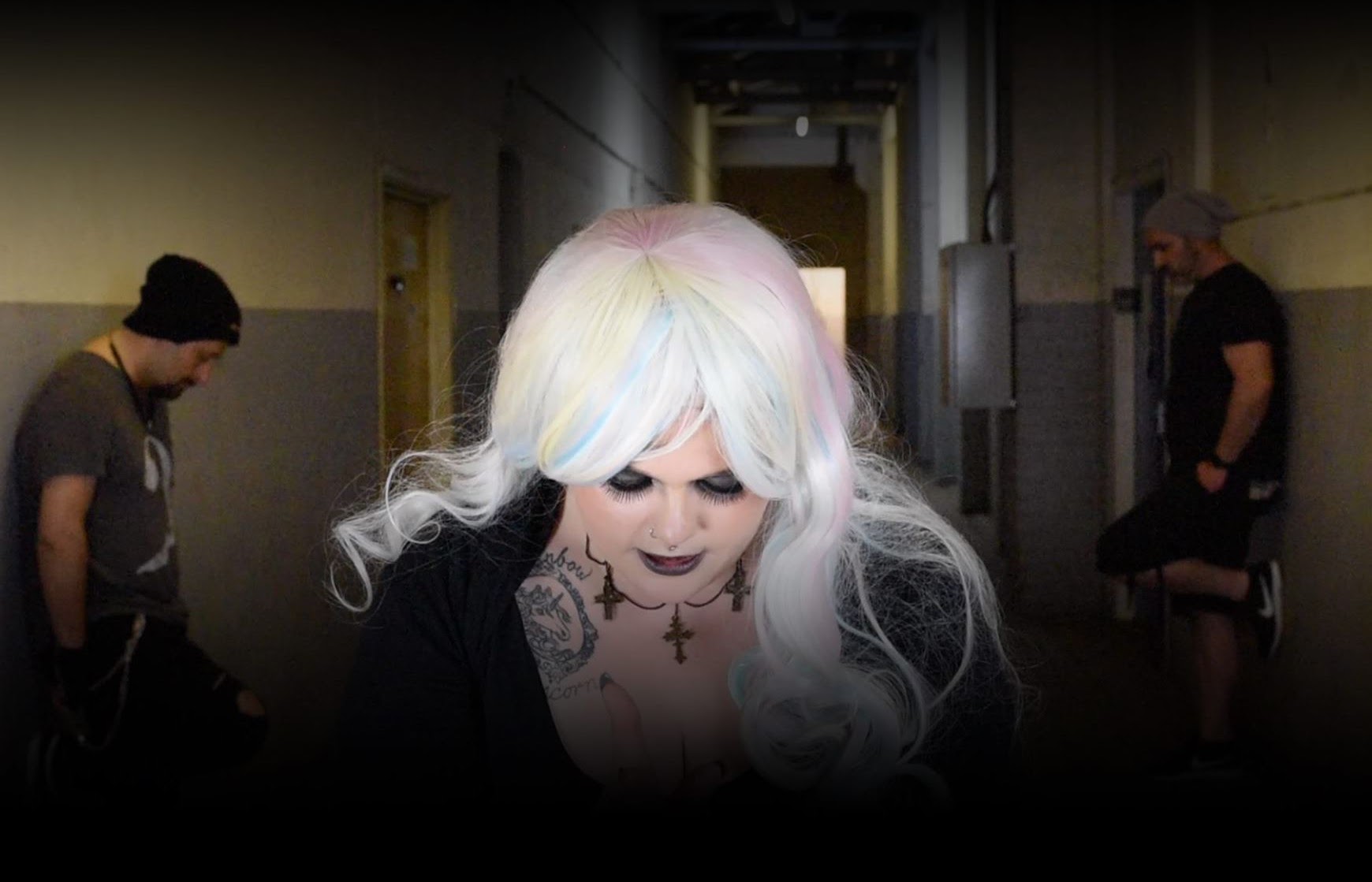 Introducing Shadows and Veils, a 3-piece band from Birmingham in the UK. The band consist of members Laura(Vocals), Fabio(Bass) and Jez(Drums). They decided to build their sound on Bass and Drums excluding any polyphonic instruments from their sound with the exception of some samples. Providing Laura with monophonic support has allowed her to be vocally free to combine different scales and harmonic patterns that are common in traditional Celtic music. Shadows and Veils bring you a melting pot of several styles and their music videos are a big hit with music fans reaching over over 300.000 views on our FaceBook channel so far with
great support.Their latest video “Like You” has already been aired on MTV and is creating a great buzz. The band has recorded and produced produced 8 singles to date and planning to release an album by the end of the year containing all our work.

The band’s new single “Kiss the Skull” doesn’t slow the pace  of their progress, opening with a disciplined  wildly erotic, almost carnal soundscape that is somewhat bass and drum  influenced and in other areas purely steeped in vintage sound. Three quarters of the way through the song, the ascending wall of sound that threatens us like a fast approaching tidal wave reaches a fever pitch and slams us into infinity one last time before coming to a delicate, somewhat muted conclusion. At this point, even though we’re only a few  minutes into the record, it feels like we’ve traveled a million miles around the globe.

Kiss the Skull is perfect for  any music enthusiast who appreciates timing and wickedly crafted tension in their tunes akin to what you could find in a suspenseful movie will absolutely lust for what this song contains.

We decided to catch up with Shadows and Veils for an interview..
What inspired you to get into music?
As individual members, we come from very different musical scenes and backgrounds.. but we have been lucky to meet and had an instant creative spark between us that feeds us both in studio or playing live.

How would you describe your music?
Alternative Rock music is the base of our style but we are not afraid to incorporate as many different music influences as possible. We use hip hop samples as well as external participation to add colours to our musical canvas like atonal guitar solo and a Rapper in two songs.

What would you say is your recording and song writing style?
We decided top challenge ourselves with this project. We are a trio formed of drums, vocals and bass guitar processing through a switching sound system of 2 Amplifiers and effects to emulate a unison guitar bass and sound. This process restrict us from using complex harmonies but as the same time allow us to stretch ourselves to find new ways of create sounds and alternative riff based musical solutions.

Where would you like to see your music career in 5 years time?
Like any musician on the planet, we would like to expose our music to many people as possible but remaining in the underground scene.

Where can music fans listen your music?
Our tracks are available on all major streaming platforms

Listen to the most recent single by clicking on the links below;
Spotify – Latest Single