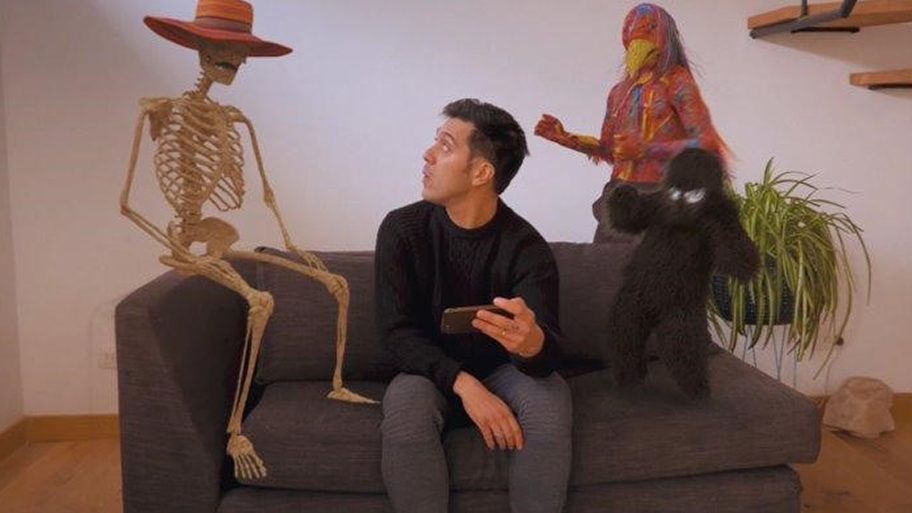 Share
Tweet
Share
Email
Comments
Introducing Gepe who has collaborated with Vicento to bring the brand new track “Confia”  [Trust]. The message behind the song is simple ‘united we stand, united we win’ . Latin alternative music legend and the iconic voice of Los Fabulosos Cadillacs band, Vicentico is really focused on trust on this one with lyrics tailormade to bring this message to the forefront.
In his latest single and music video, Gepe continues to impress critics and fans alike with his warm tonality, earnest lyrical style and humble poeticisms – the best of which, I might add, could well be contained within the three and a half minutes this song runs.

Like a warm ray of sunshine on an otherwise cloudy afternoon, this is one track almost guaranteed to shift your mood towards the positive no matter how many times it’s been played before.

The music video for “Confia”( Trust)  features some rather enigmatic imagery, but aside from its surreal stylization, the video itself is as efficiently structured as its source material is. Everything we see from shot to shot becomes interwoven with the tapestry of the song’s lyrical narrative at some point or another, and while it took me a few rounds to appreciate its layered construction, you’d be hard-pressed to find another music video of the indie pop variety this spring that has quite as unique a build as this one does.

I absolutely love the emotional depth created by the harmony between the vocal and the guitar parts in the track. Gepe enlisted Esteban Bustos  to direct this video. The video  clearly showcase the whole single and really opens us up to a journey full of fun and celebration.

The production is amazing, there is a heavy Cuban and Central American influence, as well as a milonga reference on the guitar. It also has a Latin beat arrangement, Orisha style, inspired by Latin hip-hop of the nineties.
Gepe is certainly putting Latin American singer-songwriters on the map and if Confia (Trust) is anything to go by, there are many more hits to come in future for this talented artists.
Click here to watch the video for Confia (Trust)
Related Items:"Confia" [Trust], Gepe, Gepe ft. Vicento, Gepe ft. Vicento releases brand new single "Confia" [Trust], music review
Share
Tweet
Share
Email